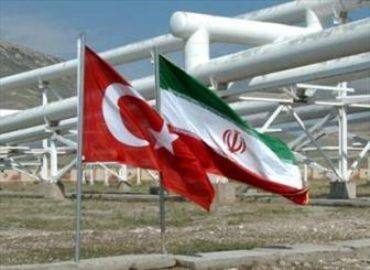 Routine pumping Iranian gas to Turkey is underway. National Iranian Gas Company said on Tuesday adding that Iran is ready to supply gas to Iraq.
The company exported some 27 million cm/day Iranian gas to Turkey on average over the past week. said. NIGC spokesman Majid Boujarzadeh.
He said that despite a halt to Turkmen gas export to Iran. Iran does not have any difficulty to pump Iranian gas to Turkey.
Meanwhile. Boujarzadeh said that NIGC is ready to supply Iranian gas to Iraq. saying. as soon as Baghdad signals readiness. Iran will begin exporting gas to Iraq.
Iran and Turkey signed a 25-year contract for gas supply to Turkey in 1996 during a visit to Tehran by Necmettin Erbakan. the then Turkish prime minister.
Turkey began to import gas from Iran since December 10. 2011.
Iran is Turkey`s second-largest gas supplier. pumping as much as 10 billion cubic meters of gas to the country annually.