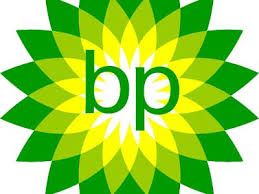 BP has opted out of the first wave of agreements to develop oil and gas reserves in Iran after the lifting of international sanctions — setting it apart from its two biggest European rivals Royal Dutch Shell and Total.
Iran has struck a series of deals with foreign energy groups in recent weeks. including Total and Shell. and plans to award more contracts early in 2017 as Tehran’s efforts to attract much-needed foreign investment gather pace.
However. BP is taking a more cautious approach ahead of a Donald Trump presidency which threatens renewed diplomatic tensions with Tehran.
BP has not applied to take part in a forthcoming tender of exploration and production rights in Iran and has no immediate plans for separate agreements of the kind reached by Shell and Total.
According to people briefed on the matter the main reason was commercial. “It’s a question of where the best returns on investment can be made and BP has plenty of attractive opportunities elsewhere.” said one.
However. these people acknowledged the continued existence of some US sanctions against Iran — and the prospects of a hardline stance against Tehran by the Trump administration — was a particular deterrent for BP.
BP has made some tentative steps to rebuild ties with Iran — including the reopening of an office in Tehran and the acquisition of a cargo of Iranian oil in October — but more slowly than non-US rivals. A BP spokesman declined to comment.