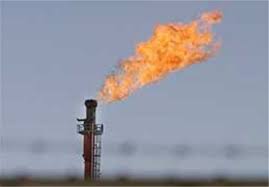 Central Oil Fields Company and Razavi Oil and Gas Development Company have signed an agreement to develop Tous Gas Field in Khorasan Razavi Province. said Managing Director of East Oil and Gas Company Mohammad Mam-Beigi.
He said a comprehensive plan to develop the field has been prepared and sent to the National Iranian Oil Company’s Reservoir Management Committee for approval.
Razavi Oil and Gas Development Company. established in 2007. is a wholly-owned subsidiary of Astan Quds Razavi. a major organization that manages the holy Imam Reza (PBUH) shrine and institutions belonging to the organization.
According to the official. the in-place gas reserve of Tous is estimated at 60 billion cubic meters and it can produce up to 4 million cubic meters of natural gas per day. Financial Tribune reported.
Italy’s oil and gas giant Saipem has also signed a memorandum of understanding with Iran for developing the gas field. The field’s development plan includes drilling five main wells and two potential ones as well as designing and constructing all its upstream and downstream installations.
“There are a multitude of opportunities in oil and services fields in Iran from offshore projects to exploitation and drilling. which should be studied.” Stefano Cao. Saipem’s managing director. said.