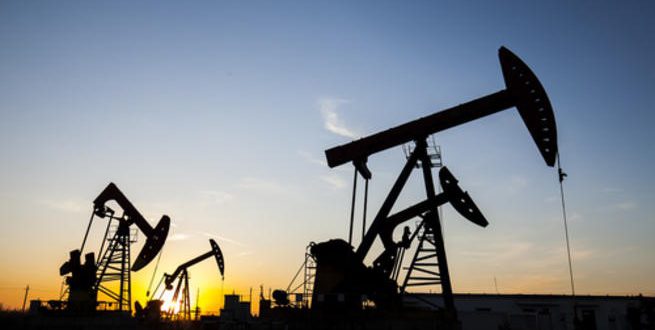 OPEC and other oil producers are likely to comply fully with a deal to reduce supply. bringing global crude markets into balance early this year. Kuwaiti Oil Minister Essam Al-Marzouk said.
Some countries have not yet made the full output reduction agreed to last month. but they will increase cuts over the coming months and all producers are “highly committed” to the deal. Al-Marzouk said Wednesday at a conference in Kuwait City.
OPEC’s 13 members and 11 other producers have trimmed output by more than 1.5 million barrels a day since the deal started this year. out of a pledged 1.8 million. Saudi Arabia’s Minister of Energy and Industry Khalid Al-Falih said on Monday. Saudi Arabia. Kuwait and Algeria say they have exceeded their targets. Participants in the collective cuts are seeking to erase a global glut and shore up crude prices. which have declined by about half from peak levels in 2014.
Seven of the deal’s participants have formed a committee to monitor compliance. chaired by Al-Marzouk. and agreed this week on how to do so. He told reporters in Kuwait that the committee will look mainly at production but will also consider exports data.
“The production data for January will come out on February 17 so we will look at the numbers and decide how committed everyone is.” he said. “We will not accept any compliance rate other than 100 percent from all producers.”
Oil will trade at $55 to $60 a barrel this year and Kuwait is assuming a $45 price in its budget for fiscal year 2017-18. the minister said. Crude has slipped about 5 percent from an 18-month high of more than $58 a barrel on Jan. 3 as traders await proof that producers are complying.
The oil minister said he expects a “positive development” in the next few weeks on oil fields Kuwait shares with Saudi Arabia. Production there was halted more than a year ago. and both countries have previously stated that any reopening of the fields would not change their commitment to complying with the cuts.
“We are in talks now with Saudi officials on technical issues on how to bring production back in the neutral zone.” he said. referring to the nations’ shared border area. “We need to bring back workers to the fields to start maintenance of wells before we start. so it will take some time before we can bring back production.”
Kuwait and Saudi Arabia have joint control over the onshore Wafra field and the offshore Khafji field. Wafra has been closed since May 2015 and Khafji since October 2014. The fields can together pump more than 500.000 barrels a day.
Some of the biggest producers in the output cuts are investing to expand their production capacity. which may allow them to raise their output after the supply deal expires at the end of June. Kuwait plans to increase production capacity to 4 million barrels a day by 2020 and keep it there until 2040. Al-Marzouk said.
Kuwait will spend 35 billion dinars ($115 billion) in energy over the next five years. Kuwait Petroleum Corp. CEO Nizar Al-Adsani said at Wednesday’s conference.