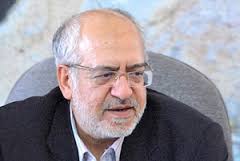 Minister of Industry. Mine and Trade Mohammad Reza Nematzadeh said that Iran can account for at least four percent of the world’s total Zinc production.
“Iran can supply four percent of the world’s zinc production.” Nematzadeh said on Saturday.
He noted that Yazd’s Mehdiabad copper and zinc mine has about 200 tons of reserves.
A total of 14 million tons of zinc is annually produced in the world and according to some unofficial figures Iran’s share in zinc production is between 40.000 to 50.000 tons.