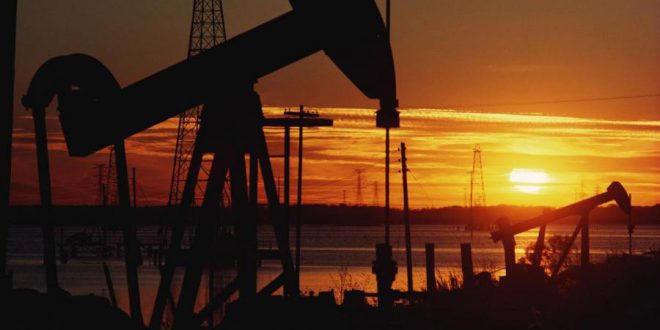 Turkmenistan is likely to join an OPEC-led cut in oil supply aimed at supporting prices. sources in OPEC and the industry said. potentially enlarging the output reduction slightly.
The Organization of the Petroleum Exporting Countries. Russia and other producers agreed last year to curb production by 1.8 million barrels per day (bpd) for six months from Jan. 1.
Oil prices have since gained support but global inventories remain high. pulling crude back towards $50 a barrel and putting pressure on OPEC to extend or possibly add to the cuts at least until the end of 2017.
OPEC has been urging other producers to join the supply pact and. together with participating non-member countries. meets to set policy on May 25 in Vienna. Turkmenistan. along with Egypt. are also due to attend.
Egypt and Turkmenistan are expected to attend the conference for the first time. said one of the sources. declining to be identified.
Last month. Saudi Energy Minister Khalid al-Falih said there was consensus with Central Asia over oil markets and sticking to production cut levels. Falih made his comment after arriving in Turkmenistan as part of a regional tour.
Turkmenistan is a small producer. pumping about 250.000 bpd. A lack of infrastructure limits its exports. according to the U.S. Energy Information Administration.
There could be more cuts if there are other non-OPEC countries that will join the agreement. another OPEC source said. adding that Turkmenistan was expected to do so.
Egypt is attending the meeting on May 25 as an observer but will not be lowering supply. Petroleum Minister Tarek El Molla said on Thursday. Egypt`s oil consumption outpaces its production. which is estimated at 700.000 bpd.
Egypt will participate as an invitee but is not cutting production. We are short on products and we do not export crude. he said. (Additional reporting by Olzhas Auyezov in Almaty and Eric Knecht in Cairo. Editing by Dale