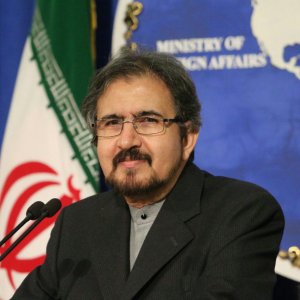 Iran Bans US Individuals. Firms in Response to Its Sanctions

Foreign Ministry banned nine other US individuals and companies which for playing roles in flagrant violation of human rights through direct or indirect involvement in the Zionist regime`s anti-human crimes in the occupied lands.

The foreign ministry’s move comes in response to the US` illegal move in adding a number of Iranian individuals and firms to the list of missile sanctions.
The updated list of the banned US personal or legal entities will be announced after it is approved by the relevant authorities.
The US government has once again shortlisted a number of Iranian individuals and companies on the back of its extension of stoppage of the Congress` sanctions against Iran in a bid to undermine the positive impacts of its commitment under the 2015 nuclear deal. known as Joint Comprehensive Plan of Action (JCPOA).
Iran dismissed US administration`s move as unacceptable. illegal and in contradiction to the international norms.
It has on several occasions emphasized on its undisputable right to promote its defense capabilities. reiterating that it will strongly continue with missile program which in no way contradicts international commitments and Resolution 2231 in a bid to safeguard its sovereignty. independence and territorial integrity.