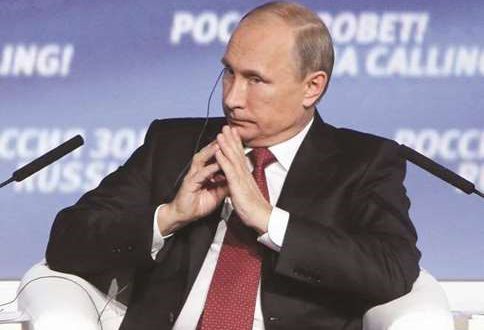 Ethereum. the world’s largest cryptocurrency after bitcoin. has caught the attention of Vladimir Putin as a potential tool to help Russia diversify its economy beyond oil and gas.
Putin met Ethereum founder Vitalik Buterin on the sidelines of the St Petersburg Economic Forum last week and supported his plans to build contacts with local partners to implement blockchain technology in Russia. according to a statement on Kremlin’s website.
“The digital economy isn’t a separate industry. it’s essentially the foundation for creating brand new business models.” Putin said at the event. discussing means to boost growth long-term after Russia ended its worst recession in two decades. Virtual currencies could help the economy by making transactions happen more quickly and safely online.
Besides being a method of exchange. Ethereum can also serve as a ledger for everything from currency contracts to property rights. speeding up business by cutting out intermediaries such as public notaries.
Russia’s central bank has already deployed an Ethereum- based blockchain as a pilot project to process online payments and verify customer data with lenders including Sberbank PJSC. Deputy Governor Olga Skorobogatova said at the St. Petersburg event.
She didn’t rule out using Ethereum technologies for the development of a national virtual currency for Russia down the road. Last week. Russia’s state development bank VEB agreed to start using Ethereum for some administrative functions. Steelmaker Severstal PJSC tested Ethereum’s blockchain for secure transfer of international credit letters.
“Blockchain may have the same effect on businesses that the emergence on the internet once had – it would change business models. and eliminate intermediaries such as escrow agents and clerks.” said Vlad Martynov. an adviser for The Ethereum Foundation. a non-profit organization that backs the cryptocurrency.
“If Russia implements it first. it will gain similar advantages to those the Western countries did at the start of the internet age.”