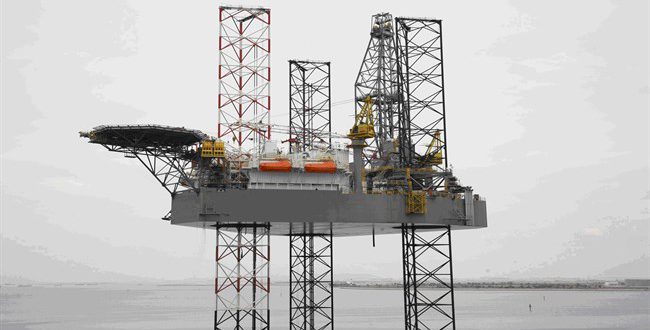 Italy`s Eni is preparing to sign a preliminary agreement to study Iran`s Kish gas field and Darkhovin oilfield.
According to Press TV. the agreement — a memorandum of understanding — is to be signed by Eni and the National Iranian Oil Company (NIOC) today.
The agreement will give Eni six months to study Kish gas field in the Persian Gulf and also Darkhovein oilfield in the southwestern province of Khuzestan.
Italy`s biggest oil and gas firm hopes to pick up where it left off in the Darkhovin project. added The Financial Tribune. It completed the first and second development phases of the oilfield under a $550-million contract it had signed in 2001.
Eni was involved in the development of several oil and gas projects in Iran before a series of US-led sanctions barred international oil corporations from investing in the country. The Italian energy giant was involved in projects such as the development of Phases 4 and 5 of South Pars in the Persian Gulf as well as the development of Darkhovein. Doroud and Balal oilfields.
The company had submitted a proposal to develop Darkhovein`s third phase and was reportedly close to finalizing a $1.5-billion agreement in 2009. but was forced to halt operations after sanctions were imposed against Iran.
Iran is reportedly drawing around 160.000 barrels per day from Darkhovein. The third phase seeks to raise daily output by an additional 50.000 barrels.
Located 30 kilometers east of Lavan Island in the Persian Gulf. Kish gas field holds an estimated 1.3 trillion cubic meters of natural gas in situ and more than 500 million barrels of gas condensate.
Iran has signed a flurry of deals with Western companies over the past year since the easing of international sanctions on Tehran after an accord was reached over its nuclear program.
Iran needs foreign investment to repair and upgrade its oil and gas fields. It also seeks the transfer of technology to its oil industry after a decade of sanctions.
In November 2016. France`s Total became the first oil major to sign a big deal with Tehran since the lifting of sanctions and agreed to help it develop the world`s largest gas field. South Pars.
Shell signed a provisional deal in December to develop Iranian oil and gas fields South Azadegan. Yadavaran and Kish in December 2016.
Iran has named 29 companies from more than a dozen countries as being eligible to bid for oil and gas projects using the new. less restrictive contract model.
The firms include Shell. France`s Total. Italy`s Eni. Malaysia`s Petronas and Russia`s Gazprom and Lukoil. as well as companies from China. Austria. Japan and other countries.
Russia`s Zarubezhneft signed an MoU to conduct feasibility studies on two joint fields in the west of the country.
Norway`s International Aker Solutions Company signed an MoU to modernize Iran`s oil industry.
In May 2016. Austria`s OMV signed an MoU for projects in the Zagros area in western Iran and the Fars field in the south.
South Korean Daewoo Engineering and Construction (Daewoo E&amp.C) signed an MoU to construct an oil refinery in Bandar Jask. on the southern coast of Iran.
Italy`s Saipem signed MoUs to cooperate on pipeline projects. upgrading of refineries and development of Tous gas field in the northeastern province of Khorasan Razavi.
Norwegian oil and gas company DNO said it was the second Western energy company after Total to sign a deal with Iran under which it agreed to study the development of the Changuleh oilfield in western Iran.
Lukoil. Russia`s second biggest oil producer. hopes to reach a decision on developing two new oilfields in Iran.
Germany`s Siemens AG signed an MoU in May to overhaul equipment and facilities at Iran`s oil operations and refineries.
BASF`s Wintershall oil and gas exploration subsidiary signed an MoU with the National Iranian Oil Company in April 2016.