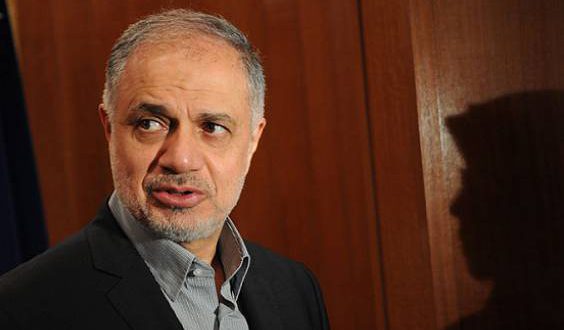 Kardor made the remarks in a ceremony to sign a $4.8 billion dollar gas deal with French Total and Chinese CNPC as well as Iranian Petropars Company.

He said 4.8 billion dollar will be invested in the project. “Taking each barrel of oil sold for 50 dollars. total value of products of phase 11 of South Pars will reach as high as 84 billion dollars within the period the contract is in force and afterwards.”

Furthermore. 290 million barrels of gas condensates and 315 billion cubic meters of light sweet gas will be produced. according to Kardor.

The top NIOC official said the contract will be implemented in two phases: The first phase is worth 2.4 billion dollars. resulting in production of two billion cubic feet of gas from phase 11.

The second phase will be worth 2.4 billion dollars. he added.

Total will operate the SP11 project with a 50.1% interest. while Iranian Petropars company will have a share of 19.9% and the Chinese CNPC 30%.

The contract was signed by the NIOC Chief Ali Kardor. Petropars Head Hamid Akbari. Total’s Pouyanne and CNPC CEO in presence of Iran’s Minister of Petroleum Bijan Zangeneh and the French and Chinese ambassadors to Tehran as well as parliamentary Energy Committee members and senior petroleum ministry officials.