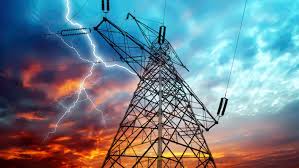 Iraq. No 1 Electricity Importer of Iran

Iraq has been the biggest customer of Iran`s electricity over the last four years.
The western Arab neighbor imported 36.5 billion kilowatt-hours of electricity from Iran between March 2013 and December 2016. making it the biggest importer of electric power from Iran in that period. IRNA reported on Sunday.
Turkey (6.3 billion kWh). Afghanistan (3.7 billion kWh) and Pakistan (1.6 billion kWh) were other top importers.
Armenia and Azerbaijan. which share borders with Iran in the northwest. purchased a combined 410 million kWh of electricity in that period.
According to reports. Iran exports electricity to the two countries in winter and embarks on imports when domestic demand soars in summer.
Tehran made $3.3 billion in power exports during the period.
Iraq looks set to retain its position as Iran`s top electricity buyer. Tehran and Baghdad have signed a new. improved contract for power exports in 2018 and the Arab nation has started to make payments for its past electricity imports. a move that bolsters the prospect of long-term bilateral power trade.
The country also began to supply Iraq with natural gas for its power plants last month.
Iran is the largest electricity producer in the Middle East with an installed power generating capacity of around 76.000 MW. The country`s electricity industry ranks 14th in the world in terms of output.