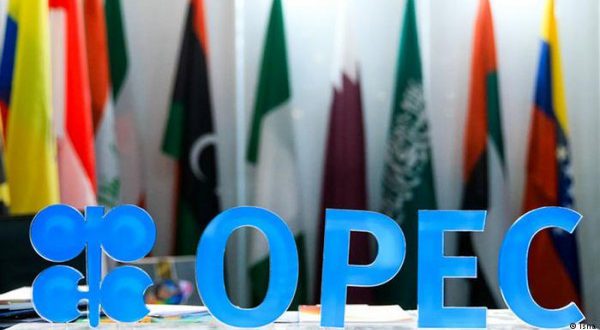 The Organization of Petroleum Exporting Countries (OPEC) has predicted a higher demand for its crude oil in 2018. citing rising global demand. and pointing to strong indications that the glut in the oil market is easing.
In its monthly Oil Market Report (OMR) released Thursday. the cartel pointed to signs of a stronger oil market that suggested that the OPEC-led production cut is getting rid of price-sapping excess supply.
OPEC said the world would need 32.42 million barrels per day (bpd) of its oil next year. up 220.000 bpd from the previous forecast.
The report noted that physical oil markets in Europe and West Africa had firmed and that an increase in the price of Brent crude oil for immediate delivery compared to later supplies indicated the glut was easing.
“The entire forward curve has flattened for Brent amid some bullish indicators in the physical market.“ OPEC said. “Crude differentials strengthened notably for a range of key grades in the Mediterranean. North Sea and West African markets.“ the report said.
Reuters reported that oil rose to more than $53 per barrel yesterday. shrugging off data in the report showing another jump in OPEC output and suggesting the market will remain in surplus next year.
OPEC is curbing output by about 1.2 million bpd. while Russia and other non-OPEC producers cut half as much. until March 2018.
The deal is aimed at getting rid of excess stocks and in a sign it is working. OPEC said inventories in developed economies declined in June and have fallen by 87 million barrels compared to the five-year average since the cut started in January.
“Further declines in U.S. crude stocks are likely. given the record rates at which U.S. refineries are running.“ OPEC said.
With the use of the US refinery hitting a 12-year high. OPEC has also raised its forecasts for global oil demand growth in 2017 and 2018. saying consumption would rise by 1.28 million bpd next year. It was also upbeat about the global economy.
“World economic growth has gained momentum.“ OPEC said. “With the ongoing growth momentum and an expected continued dynamic in second-half 2017. there is still some room to the upside.“ OPEC added.
But the report showed the 14-country group’s oil output in July came in above the demand forecast. led by gains in Libya and Nigeria. two members exempt from the cuts.
OPEC said its oil output rose by 173.000 bpd in July to 32.87 million bpd. led by the exempt producers plus top exporter Saudi Arabia. citing figures it collects from secondary sources.
Saudi Arabia told OPEC it cut output to 10.01 million bpd last month. from 10.07 million bpd in June. meaning its production fell back below its OPEC target of 10.058 million bpd.
The figures mean OPEC has complied 86 percent with its output-cutting pledge. according to a Reuters calculation. down from 96 percent initially reported for June but still high by OPEC standards.
Supply is rising outside the group as well. although not quite as fast as OPEC thought. OPEC estimated supply from non-OPEC next year would rise by 1.10 million bpd. down 40.000 bpd from the previous forecast. citing downward revisions to the United States and Canada.