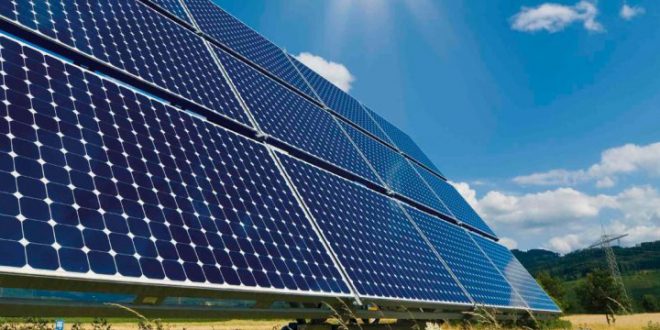 The sun-drenched province of Yazd in central Iran is envisioned to emerge as a hotspot for solar power ventures. a local energy official said. Mohammad Hassan Sabbaghzadegan. managing director of Yazd Regional Electricity Company. said two dozen solar power project are planned to be set up in the desert province. ISNA reported.
“A total of 24 solar projects. with a combined electricity generation capacity of 455 megawatts. are planned to be developed across Yazd. with the Energy Ministry already in agreement on guaranteed purchase of electric output of 13 solar plants.“ he said.
As per the terms of such deals. the government guarantees the purchase of electricity from solar plants for 20 years to promote and shore up investments in renewable energies.
The 13 solar power plants will have a combined power generating capacity of 120 MW. three of which are forecast to go on stream by March 2018. the end of the present fiscal year.
`The new solar ventures will help Yazd supply electricity to the adjacent Isfahan. Semnan. South Khorasan. Kerman and Fars provinces.` Sabbaghzadegan said.
The share of renewables in Iran’s energy mix is around 240 MW. or just around 0.3% of total installed power generation capacity of 76.000 MW.
According to the Renewable Energy and Energy Efficiency Organization. plans are in place to launch 5.000 MW in new renewable capacity. including solar and wind. by 2022.
Earth Sheltering
Taking stock of Yazd’s hot and dry climate. plans call for the construction of earth sheltered homes. which employ the maximum geothermal and solar energies to heat and light the interior. Earth sheltering is the architectural practice of using earth against building walls for external thermal mass. to reduce heat loss and easily maintain a steady indoor air temperature.
It has become increasingly popular in modern times. especially among environmentalists and advocates of passive solar and sustainable architecture.
According to Sabbaghzadegan. Yazd Regional Electricity Company has so far concluded two contracts on building earth sheltered homes in the province.