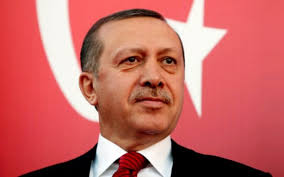 Deputy foreign ministers of Iran and Turkey mulled over bilateral and regional issues in the wake of a visit by Turkish President Recep Tayyip Erdoğan to Iran.
Deputy Foreign Minister for Asia and Oceania Affairs Ebrahim Rahimpour met with Under Secretary of Turley’s Ministry of Foreign Affairs Ümit Yalçın investigating venues for expansion of political. cultural and economic relations as well as for multilateral regional ties especially in Syria and Iraq.
As for various dimensions of developing relations between the two countries. the Iranian side rejoiced to say that constructive negotiations have been held between political. cultural. economic. security and military authorities of Iran and Turkey which are promising of more appropriate grounds for reinvigoration of mutual and all-round cooperation in addition to elevation of trade turnover.
Rahimpour voiced optimism that Astana talks lead to establishment of peace in Syria and stability in the region.
“Fortunately. Tehran and Ankara hold similar views on regional issues particularly on the need to maintain sovereignty. territorial integrity as well as to strengthen national solidarity among ethnic and political groups in Iraq and Syria.“ he underscored.
On importance of realizing the prospects for a $30-million turnover expected by presidents of the two countries. deputy Iranian foreign minister asserted “fulfilment of the objective is subject to effort and cooperation of all bodies in political. trade and economic sectors of the two countries.“
The official expressed hope that during the upcoming visit to Tehran of Mr. Tayyip Erdoğan. effective measures are taken for realizing the envisaged goals by allocating proper equipment and facilities within framework of the Joint Economic Commission of Iran and Turkey.
Ümit Yalçın. for his part. said relations between Iran and Turkey were on the right track and boosting interactions between officials of the two sides would help bolster bilateral relations.
Under Secretary of Turkey’s foreign ministry went on to confirm Rahmipour’s comments on the fact that similar views are held between Tehran and Ankara over various regional issues specially as regards the fight against terrorism and the need to preserve national integrity of Iraq and Syria.
“Turkey has repeatedly announced its clear stance against the referendum initiative in the Iraqi Kurdistan.“ highlighted the official urging Kurds to conduct constructive cooperation with the Iraqi government.
At the end of his remarks. Yalçın appreciated the efforts by all sides to Astana talks in line with ceasefire declaration in Syria and. while stressing the need to continue the diplomatic process until regional issues are resolved. noted that cooperation and coordination between Iran. Turkey and Syria marks a positive step towards reduction of tensions and establishment of peace and stability in Syria and the region.