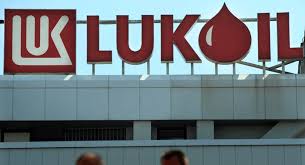 Russia’s LUKOIL company has launched the main production and process facilities at its South-West Gissar project in Uzbekistan. said the message posted on the company’s website.
These include a gas treatment plant with the annual rated capacity of 4.4 billion cubic meters. a gas pretreatment unit and four gas-gathering stations.
“As a result. gas production at the Gissar fields cluster reached planned production level of 14 million cubic meters a day. or 5 billion cubic meters per year. As of today. there are 37 producing wells.“ said the message.
LUKOIL joined the Southwest Gissar project in March 2008. There are seven fields in the contract area in the Kashkadarya Region of Uzbekistan. The production sharing agreement (PSA) for the project was signed in January 2007 for a term of 36 years and came into effect in April 2007.
LUKOIL Uzbekistan Operating Company. a subsidiary of LUKOIL. is the sole operator of the contract area.