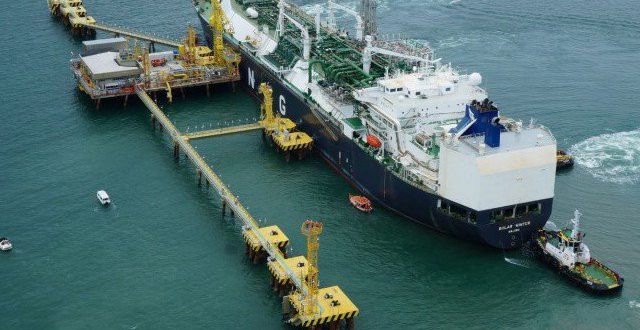 A much-delayed pipeline project which is to carry gas from Iran to energy-starved Pakistan will eventually get rolling. said Iran`s oil minister.
According to Press TV. Bijan Namdar Zanganeh further said. `In general. I think that Iran`s gas will eventually be exported to Pakistan. but considering the experience I have gained in these years. I think a third party is needed to solve this issue between Iran and Pakistan.`
He added. this means that a third company has to build the Pakistani section of the IP (Iran-Pakistan) pipeline and ease our concerns about the payment.
Zanganeh said a number of international oil and gas companies were interested in the project. but nothing firm has come up yet.
The gas project has faced repeated delays since it was conceived in the 1990s to connect Iran`s giant South Pars Gas Field to Pakistan which suffers from rolling blackouts. Iran has completed its side of the pipeline and is waiting for Pakistan to do the same.
Zanganeh said. `The Pakistanis say they have no money to build the pipeline on their soil and there are concerns that if the pipeline is built and gas is exported. they may not be able to pay for the gas.`
On Monday. Zanganeh said that cooperation by non-OPEC members. especially Russia. and OPEC members` adherence to an agreement to cut oil output is helping the market stabilize.
`I see the oil market balanced. The compliance of the OPEC members is in good shape and the convergence of the members regarding the agreement to cut supplies in the past six months has not declined. it has increased.` he noted.
Russia has been key to the agreement under which OPEC members have undertaken to trim oil supplies by 1.2 million barrels per day. with non-OPEC members cutting a further 600.000 barrels.
`The cooperation of non-OPEC countries. in particular Russia. is good in the deal to reduce oil supply. and I think the market is moving toward stability.` he stated.
The minister said Iran welcomes the cooperation of all non-OPEC producers. citing Brazil which he saw unlikely to join the output cut agreement under the current circumstances.
He made the remarks before a meeting in Tehran with Brazil`s Minister of Mines and Energy Fernando Coelho Filho as he welcomed the participation of Brazilians in Iran`s oil and gas projects under a new oil contracts model.
`However. they have not expressed interest up to this moment because. like us. they are a capital absorbing country and want to raise funds in their oil and gas industry.` Zanganeh said.
The Brazilians. he said. seem to seek cooperation with Iran in the refining sector.