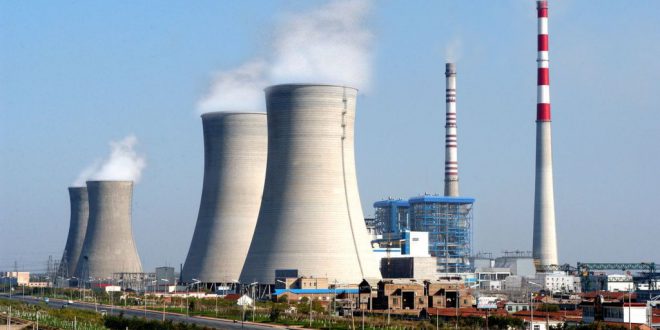 Thermal power plants running on fossil fuels to generate power account for 81.1% of Iran`s total electricity production capacity. Thermal Power Plants Holding Company`s deputy for planning said on Monday.
`Total electricity production capacity stands at 77.000 MW. over 62.000 MW of which are generated by thermal power plants operated by TPPHC.` Hamidreza Azimi was also quoted as saying by IRNA.
Giving a breakdown. Azimi said out of the 62.000 MW. steam-powered power plants. gas-powered stations and combined-cycle plants generate 15.829 MW. 27.258 MW and 19.470 MW respectively.
According to the official. hydropower plants (12.000 MW). Bushehr nuclear plant (1.000 MW) in south Iran. distributed generation stations (1.500 MW) and renewables (less than 500 MW) constitute the rest of the installed capacity.
Pointing to TPPHC`s key role in meeting the country`s power demand in 2016. he noted that 91.8% of Iran`s electricity needs were met by thermal power plants.
`Combined-cycle power plants. playing the leading role. accounted for 35.9% of total production in 2016. generating 103.9 billion kilowatt-hours.` he added. noting that gas-powered plants as well as steam-powered ones produced 76.7 billion kWh and 85 billion kWh respectively. Referring to power plants under construction. Azimi noted that 1.500 MW will be added to the grid in the next three months.
Moreover. 3.500 MW will be added to the network by the summer of 2018. increasing the installed capacity to 81.000 MW in 2018.
`The new capacity is expected to help the ministry avoid periodic outages in withering summer temperatures when demand peaks for cooling homes and businesses.` he said. adding that consumption was expected to rise by 3% from last year. but soared by 10.5% in the current fiscal year (started March 21).
Pointing to an all-time peak power demand of 55.400 MW registered in July. up from about 53.000 MW in the fiscal 2016-17. Azimi said. `Not only have we been able to handle the peak hours so far. but electricity exchange with neighboring countries has also not stopped.`
In related news. Houshang Falahatian. deputy energy minister for electricity and energy. said an international tender will be held in the future to maximize the efficiency of several power plants with a total capacity of 18.000 megawatts from 33% to 48%.
`Average efficiency of Iranian power plants is said to be around 37%.` he said. Reportedly. the new power stations are slated to run on highly-efficient F-Class and H-Class turbines that would have an efficiency of 58% or higher.