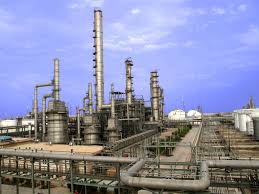 A tender for developing Iran’s Azadegan oilfield has been delayed again. a senior Iranian oil official said on Oct. 10. adding that it will not take place in 2017.
Tehran is looking to increase its crude output. and with 37 billion barrels of oil. the Azadegan field is Iran’s largest. shared with neighboring Iraq.
Iran said in June that international energy companies including France’s Total. Malaysia’s Petronas and Japan’s Inpex. have presented technical surveys for the development of the Azadegan field for the tender.
“The companies are still assessing the technical surveys. The tender will not take place in 2017.“ managing director of the National Iranian Oil Company (NIOC). Ali Kardor. was quoted as saying by ISNA news agency.
The tender for developing the Azadegan oilfield. Iran’s first such tender since the lifting of international sanctions more than a year ago. has been postponed several times for unspecified reasons.
Kardor said the tender has not been affected by U.S. President Donald Trump’s policies against Iran and added that the Chinese. Russian and European companies were still committed to investing in Iran.
Trump is expected to “decertify“ this week a landmark 2015 deal Iran struck with world powers to curb its nuclear program in return for the lifting of most international sanctions.