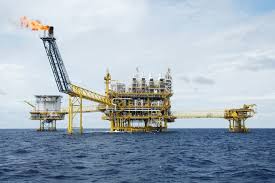 Indonesia`s Drive to Reduce Oil Imports a Boon for Producers

The appeal of Indonesia’s oil and gas sector is improving for some independent producers as the resource-rich nation scrambles to reduce its dependence on imports and fill a gap left by the exit of some producers. the head of GSS Energy told Reuters.
“There could be some assets that will be available that three or five years ago would have been very difficult to gain access to for a relatively small and new player like us.“ said Sydney Yeung. group chief executive at Singapore-listed GSS Energy at the Reuters Global Commodity Summit.
Amid depressed oil prices. international oil companies such as ConocoPhillips and Chevron have reduced their holdings in Indonesia. a former member of the Organization of the Petroleum Exporting Countries. As a result. the country has struggled to attract fresh investment and to develop new fields.
The risks that energy investors face in Indonesia are highlighted by recent change to the development plans of the Masela gas field developed by Japan’s Inpex. There has also been a long-standing dispute between France’s Total and Indonesia’s government over the Mahakam block. the country’s largest gas-producing field.
The recent departure of the producers. as well as its drive to reduce its dependence on imports. “can only force the government to move faster“ in implementing more favourable policies and incentives for operators. said Yeung at the Summit held at the Reuters office in Singapore.
Indonesia’s crude oil output peaked at around 1.7 million barrels per day (bpd) in the mid-1990s. But with few significant oil discoveries in the past 10 years. production has fallen to roughly half that as old fields have matured and died.
“Indonesia is a net importer of oil not because there’s a lack of resources.“ said Yeung. but because “previous policies that did not encourage or anticipate the demand they needed and did not push as aggressively as they should have.“
With oil demand at about 1.2 million bpd and production at about 800.000 bpd. investors in Indonesia’s oil and gas sector will have a big supply gap to fill. said Yeung.
The energy industry is a vital part of the Indonesian economy. but its contribution to state revenue has dropped from around 25 percent in 2006 to an expected 3.4 percent this year. according to data compiled by consulting firm PricewaterhouseCoopers.
“It’s very clear to me that Indonesia’s number one agenda is to push its economy forward as fast as they can but that would be difficult without greater energy supply.“ said Sydney.