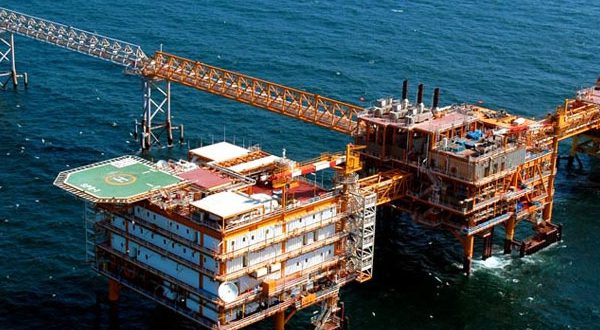 Iran`s South Pars gas reserve is equal to 155.992 tons of gold or the revenue gained throughout 120 years of oil production. the head of the gas field said on Tuesday.
`South Pars gas reserve in an area of 3.700 square kilometers has 14 trillion cubic meters of gas and 19 billion barrels of gas condensates.` Managing Director of the South Pars Gas Complex Massoud hassani said.
`The amount forms 8 percent of the world reserves. and 50 percent of the gas reserves in Iran.` he added.
Currently. the capacity of gas production of the South Pars Gas Complex is equal to 2.243 millions of barrels of oil a day. The amount of production will increase to 5 million barrels a day after the development of the complex is complete.
`The amount of production turns significant if you know that the British Petroleum`s production of natural gas. crude oil. condensates and NGL was equal to 3.822 million barrels of oil in 2010. and the amount has declined to 3.151 million barrels in 2014.` the official said.
The South Pars gas field is one of the biggest gas fields in the world that lies on Iran`s shared border with Qatar. It is expected that all the phases of the field will have been completed by the end of the next Persian year (March 21. 2019).

Previous Shale Oil and Gas Card in Energy Policy: The Case of U.S-India Relations
Next OPEC Said to Work on Exit Strategy Alongside Cuts Extension