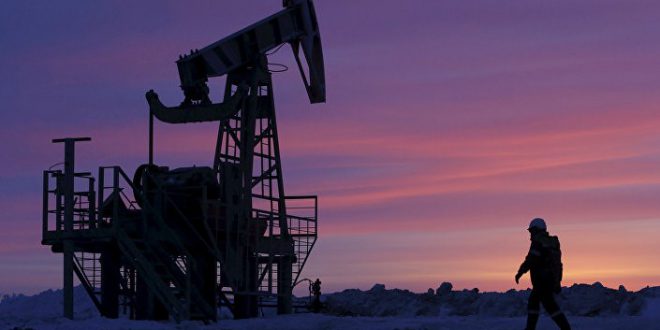 Russia’s state-owned Rosgeologia is in talks with Zarubezhneft. Gazprom Neft and Lukoil on joint implementation of projects in Iran. the company’s Chief Executive Officer Roman Panov said Wednesday. adding that the total amount of investments is estimated at $1.5 bln.
`Of course. we are negotiating. this approach is possible. Big companies have already announced their participation in joint projects on the Iranian territory. Accordingly. we can act in tandem regarding geological exploration and service operations. and we are involved in it now.` he said.
When asked what companies are involved in talks. Panov said that the issue is about `all companies that have shown interest in Iran` and which the company already cooperates with.
`It is Zarubezhneft. Gazprom Neft. Lukoil.` he added.
According to CEO. particular projects to be implemented by Rosgeologia in Iran have already been specified.
`As the present moment of time the sides are agreeing the terms of financing.` he said. adding that last year the company signed an ambitious `geological exploration program totally worth $1.5 bln.` The plan is to implement the program. which implies onshore and offshore seismic survey. transit zones operations and well drilling. within 5-7 years.
Russia’s multidisciplinary geological holding company that provides a full range of services related to geological exploration. and NIOC (national Iranian Oil Company) made a memorandum of understanding on March 28 following the talks between presidents of Russia and Iran in Moscow.
In June. Panov said that particular areas of operations in Iran under the signed agreement would be defined by the end of this year.