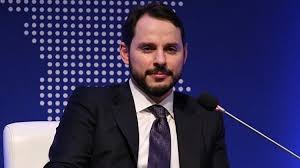 TurkStream to Deliver First Gas to Turkey in 2019 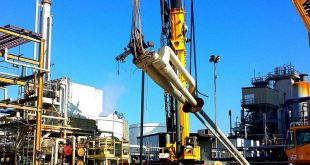 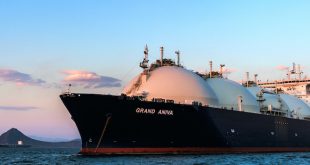 Poised to carry 15.75 billion cubic meters of Russian natural gas to Turkey annually. the TurkStream pipeline will be operational in 2019. while negotiations on the route for a second line that will carry gas to Europe are in progress. authorities said at a public session.
The session was attended by TurkStream spokesman Sander Van Rootselaar. TurkStream offshore section project manager Jay Chaudhuri. permits manager Matteo Veronesi. communication manager Aslı Esen and ELD Group Environment Director Arzu Firidin. who is in charge of the environmental impact assessment (EIA) report.
The offshore section of the project is being built by South Stream. a subsidiary of Gazprom. The 1.880-kilometer (940 kilometers each) double pipeline will originate from Russia`s Anapa coast and reach Turkey`s Kıyıköy. the officials confirmed.
Two offshore lines and a reception terminal in Kıyıköy will be constructed under the care of the South Stream company. After landfall in Kıyıköy. the overland section of the pipeline from Kıyıköy to Lüleburgaz will be constructed by the Petroleum Pipeline Corporation (BOTAŞ).
The section that will extend to Europe after Turkey will be built by a joint venture between BOTAŞ and Gazprom.
Around 224 kilometers of one of the undersea pipelines have already been laid as it approached the border of the Russia-Turkey exclusive economic zone. Some 207 kilometers of the other pipeline has also been completed. This line is expected to reach the exclusive economic zone by next week.
Because of its use of the latest technology and the first 81-centimeter pipes laid at depths of over 2.000 meters. TurkStream has been lauded as a groundbreaking project.
The project uses purpose-built stainless-steel pipes with a thickness of four centimeters. The 12-meter-long sections of pipe. weighing 9 tons each. are being welded aboard the Pioneering Spirit. the world`s largest construction vessel. before being laid on the seabed.
With the progress of the vessel. which can lay an average of four kilometers of pipes every day. Russian natural gas through the TurkStream will arrive in Turkey in 2019. In order to keep the Selves Beach and the Kıyıköy Port open. the pipeline will make landfall from north to the reception terminal.
Meanwhile. negotiations on the European section that will be built jointly by BOTAŞ-Gazprom were in progress. Currently. two primary routes are being discussed and the pipeline will either move toward Serbia and Hungary via Bulgaria and toward Italy via Greece. or it will enter Europe via Bulgaria and Greece.
TurkStream will have an even more critical role when the contract on the West Line project. which is currently carrying Russian natural gas to Turkey. expires in 2019.
`This is a multi-billion euro project. We are responsible for the offshore section. BOTAŞ for the Turkish section and BOTAŞ-Gazprom joint company for the European section.` Van Rootselaa said r.
Explaining that different companies were working on the different parts. Rootselaar said Gazprom was the only investor in the offshore section of TurkStream. which is bringing foreign direct investment to Turkey. Gazprom is financing this section of the project on its own and does not need loans currently.
Rootselaar also said that Gazprom was holding negotiations with the EU to comply with the Third Energy Package. adding that the increase in Europe`s natural gas demand was one of the main reasons that make the project crucial.
The project. which has a minimum life expectancy of 50 years. has already had one of its EIA reports while other studies on its environmental and safety impacts still continue.
The meeting reported that the offshore and overland construction was being carried out after taking the objections from non-governmental organizations into account. To that end. marine biologists and experts from Dokuz Eylül University have prepared a marine biology and chemical analysis report.
It was stated that TurkStream. with its total capacity of 31.5 billion cubic meters. can meet the annual natural gas demands of 15 million households. Once completed. the pipeline will transport liquefied nat