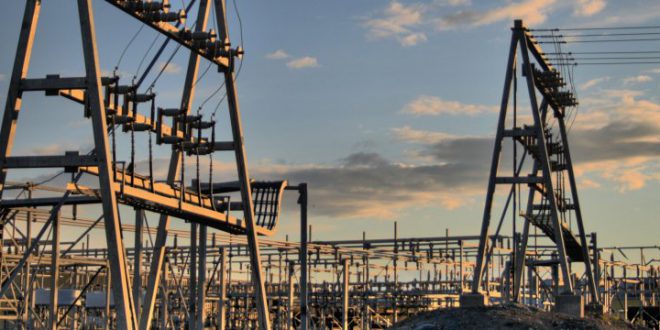 Iran is looking to help rebuild Syria`s power grid. as Tehran and Damascus continue to expand their political alliance in economic and energy projects.
In a meeting between Syrian Electricity Minister Mohammad Zuhair Kharboutli and Iran`s Deputy Energy Minister Sattar Mahmoudi in Tehran. the two sides discussed forming a joint committee to pursue the Syrian power grid`s renovation plan. ILNA reported on Monday.
Syria`s facilities. including roads. water and electrical infrastructures. have borne the brunt of an internal conflict that has killed over 400.000 people and displaced over 11 million. according to UN reports.
The Syrian government seeks to rebuild its war-ravaged cities and infrastructure amid a strife that is about to go into the seventh year. However. the devastation provides economic opportunities for Iranian companies.
`We want to play a role in Syria`s reconstruction.` Mahmoudi said. `Iran`s capabilities in the water and power sectors will be pivotal for renovating Syria`s power infrastructure.`
He called for establishing a joint committee of Iranian and Syrian experts and private manufacturers of electrical equipment to speed up the reconstruction plan.
`We need the assistance of Iran. our friend and ally. to restore the Syrian power grid to its days before the war.` Kharboutli said.
After signing a preliminary deal with Iran last month on repairing the Syrian power grid. Kharboutli said. “The Syrian government … is working relentlessly to restore the power system … Iranian companies will have a role in rebuilding Syria.` the country`s official SANA news agency reported.
The agreement reportedly includes building a power plant in the coastal province of Latakia with a capacity of 540 megawatts and the supply of electricity to the city of Aleppo. once Syria`s largest city and the country`s industrial and financial center.
“We will stand by the Syrian people to rebuild the country … We will bring light to the houses of Syrian people.“ Mahmoudi said last month.
The power projects are the latest in a string of broad-ranging economic ventures between Iran and Syria.
`A consortium of Iranian. Venezuelan and Syrian companies plan to build a crude oil processing facility in Syria. with Iran to play a leading role in the refinery project that is expected to cost about $1 billion.` Mansour Bazmi. the deputy head of Iran`s Research Institute of Petroleum Industry. said in September.
Last month. the Syrian Engineers Syndicate and the Iranian Construction Engineering Organization signed a memorandum of understanding in Tehran for promoting cooperation in urban. construction and engineering sectors.
The deal provides for exchanging expertise and organizing workshops that serve the upcoming reconstruction and production projects of Syria.
Another MoU was also signed with Iran`s Khatam al-Anbiya Headquarters Construction Company. It stipulates joint cooperation in implementing construction. services and development projects. training cadres. conducting research and holding symposiums to accelerate the wheel of Syrian economy.