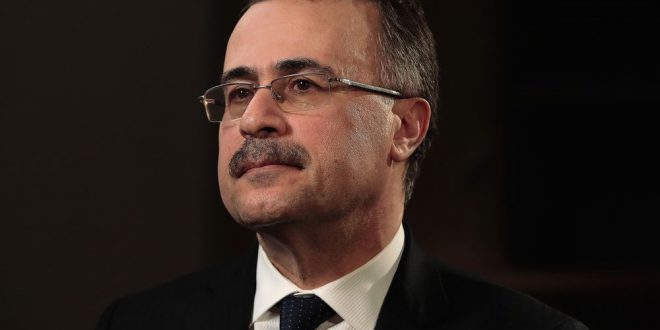 Saudi Aramco CEO Amin Nasser said the company plans to spend nearly $300 billion over the next ten years on oil and gas projects.
Nasser made the remarks on the sidelines of the Abu Dhabi International Petroleum Exhibition and Conference (ADIPEC) yesterday.
He explained that the spending will be on joint projects inside and outside the Kingdom. noting that a decision will be made soon regarding the location for listing the company’s shares.
The Saudi government plans to list five per cent of Aramco’s shares in 2018.
According to the oil giant. the company contributes 12.5 per cent of world oil production and has 261.1 billion barrels of proven oil.
Over the past two years. Aramco has been engaged in joint ventures or acquisitions with international petrochemical companies to strengthen its international presence.