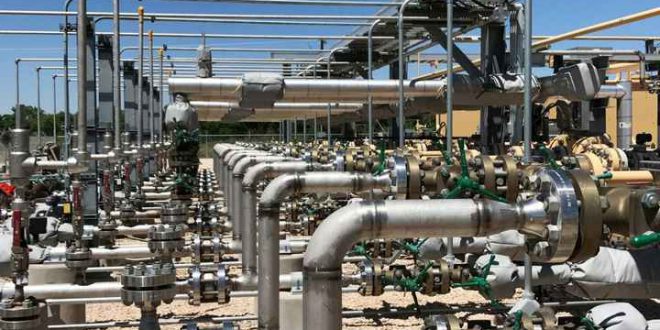 Oil Markets in ‘Wait-and-See’ Mode Ahead of OPEC Meeting

Oil prices were steady Monday ahead of next week’s meeting of global crude producers where an extension of output cuts is set to be discussed.
Brent crude. the global oil benchmark. fell 0.5% to $62.44 a barrel on London’s ICE Futures exchange. On the New York Mercantile Exchange. West Texas futures were trading up 0.1% at $56.72 a barrel.
The Organization of the Petroleum Exporting Countries and other producers including Russia will meet on Nov. 30 and review whether to extend the production cuts due to expire in March 2018. The deal aims to reduce a glut of global stocks to their five-year average.
“We’re expecting a potential extension of the deal. that’s the general market consensus. OPEC knows that it needs to continue doing what it’s doing because its targets haven’t been reached.“ said Mustafa Ansari. energy economist at development bank Arab Petroleum Investments Corp.
Oil prices have rallied in recent months to break above $60 for the first time in more than two years. aided by increased geopolitical tensions in major oil-producing nations including Saudi Arabia. along with expectations of an extension to the cuts. Prices ended the week lower Friday for the first time in six weeks.
An Occidental Petroleum oil-recovery project in Hobbs. New Mexico. PHOTO: REUTERS STAFF REUTERS
“Markets are in a wait-and-see mode ahead of the OPEC meeting later this month.“ said consultancy Global Risk Management in a note.
Analysts warned that U.S. shale production was likely to respond quickly to the higher prices.
“Even if they [OPEC] do extend the deal. I don’t see too significant a price rise because the market understands even more than ever before that shale production can respond immediately.“ Mr. Ansari said.
Baker Hughes reported on Friday that the number of U.S. rigs drilling for oil was unchanged at 738. having risen by nine the previous week.
Nymex reformulated gasoline blendstock—the benchmark gasoline contract—fell 0.5% to $1.74 a gallon. ICE gasoil changed hands at $561.25 a metric ton. down $1.50 from the previous settlement.