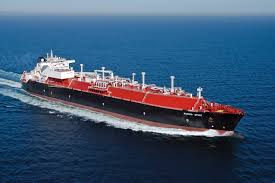 LNG World Shipping held a fascinating conference in London last week. looking at the ship-to-shore interface.
The event drew a select gathering of shipowners. terminal operators and suppliers to West London to discuss the opportunities and challenges that come with longer. more complex supply chains.
Those challenges include the fact that shipowners are reluctant to order additional LNG carriers as the industry shifts from long-term to shorter-term. more flexible contracts. Twenty-five surplus LNG carriers remain in the shipyards. waiting to join delayed projects.
The shift towards shorter-term. more flexible contracts reflects growing demand for smaller quantities of LNG. in markets including the Middle East. Indonesia Bangladesh. Pakistan. India. Myanmar and Latin America.
However. these emerging markets need partners to invest in infrastructure. Floating storage and regasification units (FSRUs) offer a quicker. cheaper import solution – but these will still need land-based infrastructure. to get the gas to market.
Despite evident import demand just two FSRUs have been ordered so far in the second half of this year. one for Swan Energy in India. the other for Marubeni and Sojitz in Indonesia. Crucially. both projects have Japanese partners.
Where others fear to invest. the world’s largest LNG importer is putting time and money into emerging-market infrastructure.
Japan. far from losing its LNG leadership. is positioning itself to supply cargoes to new markets around the world.