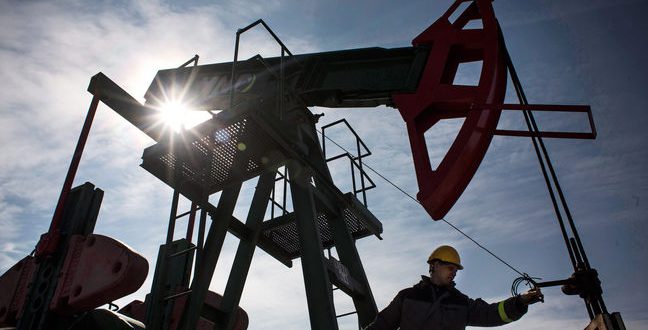 Oil prices slipped on Wednesday as doubts set in about Russia’s willingness to substantially extend a deal to curb output between some of the world’s biggest exporters aimed at tackling global oversupply and bolstering prices.
Brent crude futures were down 34 cents on the day at $63.27 a barrel by 0948 GMT. while U.S. light crude fell 31 cents to $57.68 a barrel.
Oil prices have rallied by 40 percent since the middle of the year. supported by a deal between the Organization of the Petroleum Exporting Countries (OPEC) and other major exporters. such as Russia. to reduce crude oil production by 1.8 million barrels per day (bpd).
The deal expires in March 2018 but is widely expected to be extended at OPEC’s next meeting on Nov. 30.
But the length of the extension remains an open question and this has kept the market on its toes.
“Tomorrow’s long-awaited meeting was meant to be a formality… This narrative has however not gone according to the script.“ said Stephen Brennock. analyst at broker PVM.
While the group is expected to extend supply cuts to the end of 2018. it is likely to include an option to review the deal in June. OPEC sources said on Tuesday. after Moscow expressed concerns the market could overheat.
“They plan to extend for 2018 but with the option to review the decision in June. i.e. they agree not to agree anything.“ said Ralph Leszczynski. head of research at shipping brokerage Bancosta in Singapore.
Russia is concerned that a more robust extension could lead the oil price to rally too sharply. analysts said. which would send its currency higher and harm exports. It is also worried that a steep price rise could trigger an increase in U.S. production.
The growth in U.S. output has partly offset the boost from the OPEC supply deal.
A report from the American Petroleum Institute (API) late on Tuesday showed U.S. crude inventories rose by 1.8 million barrels in the week ended Nov. 24 to 457.3 million barrels. confounding expectations for a 2.3 million barrel drop.
“The market had been looking forward to a supportive number due to the pipeline disruption from Canada.“ said Ole Hansen. senior manager at Saxo Bank.
“But nevertheless the overall level of inventory still managed to climb.“
The price lift given by the shutdown of the Keystone pipeline. which supplies Canadian crude to the United States. turned out to be short-lived. with an announcement on Tuesday of a gradual restart to operations.