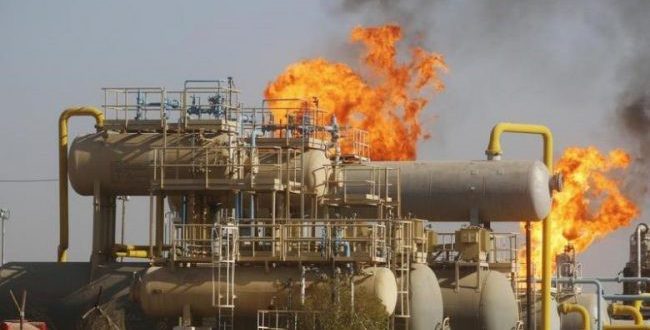 Iran says it expects to sign an agreement with Iraq within the next few days based on which it would swap the country’s oil produced in its Kirkuk province with equal amounts in the Persian Gulf.The announcement was made by Iran’s Petroleum Minister Bijan Zanganeh who said the agreement would be a strategic one.  Zanganeh was quoted by the domestic media as saying that the agreement would envisages transferring Kirkuk oil to Iran’s western refinery of Kermanshah through trucks.Zanganeh was as quoted as telling reporters after meeting his Iraqi counterpart Jabbar al-Luaibi that the volume of oil trucked inside Iran would gradually increase to as high as 60.000 barrels per day (bpd).“What is important is to get this off the ground.“ the media in Tehran quoted the Iranian minister as saying on the sidelines of a meeting of the Organization of the Petroleum Exporting Countries (OPEC) in Vienna on Thursday.
“This is a strategic connection between Iran and Iraq.“
The Iranian minister further emphasized that a pipeline would also be constructed to facilitate transferring Iraqi oil into Iran.The pipeline. he emphasized. would be below 200 kilometers on either side of the border and would take two years to be constructed.“The proposal currently is to take the oil to (Iran’s) Fanni border point.“ Zanganeh was quoted as saying by Hamshahri newspaper in a report that was also carried by Shana news agency of Iran’s Ministry of Petroleum.“The oil can be transferred both to Iran’s northern refineries and the southern export terminals.“ he said.Iran and Iraq signed a basic agreement in February that envisaged exporting Iraqi oil through the Iranian territory – a scheme that would be meant to minimize Baghdad’s reliance on the Kurdistan Regional Government (KRG) to export its oil through a pipeline to Turkey’s Ceyhan.
This came against the backdrop of a long-standing dispute between Baghdad and the Kurdish region over the pipeline to Turkey.
The recent developments around KRG’s independence referendum and particularly the brief capture of Kirkuk by Kurdish forces and its subsequent liberation by Iraqi forces last month further heightened tensions in oil relations between Baghdad and Erbil. Last month. Iraqi forces seized control of the oil fields in Kirkuk from the Kurdish Peshmerga forces. which took control of the disputed province in 2014.
The move came amid tension between Baghdad and the KRG over the controversial referendum in September for Kurdish independence.

Previous The US Wants China to Cut Off Oil Supplies to North Korea
Next Energy Newcomes Magazine No. 67