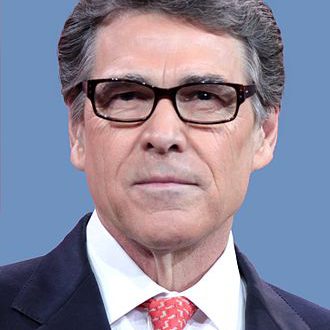 US Eyes Opportunities to Sell LNG to Saudi Arabia

The US is eyeing opportunities to sell liquefied natural gas (LNG) to Saudi Arabia. and the UAE as its shale gas boom creates export opportunities and Arabian Gulf countries seek to meet rising domestic gas needs.
“Yes. As quick as contracts get signed and ships get filled. we want to be reliable and expeditious [in supplying].“ said Rick Perry in reply to a reporter question on whether the US is seeking to sell LNG to the kingdom. He was speaking to reporters in Abu Dhabi during an official visit.
Saudi Arabia. the world`s biggest oil exporter. is exploring for new gas supplies which are needed for power generation. industrial use and as feedstock for petrochemical projects.
The UAE is also eyeing more LNG supplies from the US. according to a UAE energy ministry statement released on Wednesday. Deliveries from Houston-based LNG supplier Cheniere Energy have made their way to UAE ports since last year.
“The two ministers noted that the growing US LNG exports could provide an option for an additional source of gas supply to the region.“ the UAE energy ministry said.
UAE energy minister Suhail Al Mazrouei also confirmed plans to buy gas directly from American suppliers as well as build petrochemical capacity in the US.
“Today UAE companies are working in the US buying gas. producing petrochemicals. so US gas is an opportunistic gas as Henry hub today is the lowest in the world in terms of price and has incentivised the petrochemical industry to move to the US.` said Mr Al Mazrouei. `Are we buying Henry Hub gas? Yes. large quantities as well and we’re expanding.`
The UAE. which is a net importer of gas. has been looking to diversify its supplies to meet growing demand. It receives two billion cubic feet of gas through the 364-kilometre subsea Dolphin Pipeline. which supplies gas from the massive North Dome field in Qatar. US-based Occidental Petroleum has a 24.5 per cent equity interest in the pipeline. While the UAE exports LNG. it has begun receiving LNG from US suppliers who have looked to tap international markets to ease a shale gas-fuelled glut at home.
`The world has changed. a decade ago when I was here visiting the UAE. the idea that the US could be a net exporter of natural gas was a fairy tale but it’s a reality.` said Mr Perry. `One of the reasons that I’m here is to clearly send a signal that we’re not just a supplier of a natural resource but also a reliable partner in an array of different areas. the least of which is not investment in the region and also a supplier of energy where it makes sense to the respective countries.`
UAE could explore opportunities to use US gas a feedstock in existing and future chemicals projects in the US. Mr Perry said.
“There are opportunities that we talked to [Adnoc chief executive] Dr Sultan [Al Jaber] about yesterday in the United States. This wasn’t just us coming here saying. we hope you will allow the US to participate in some of your projects. This was a two-way conversation. which he clearly heard as did his excellency Suhail [Al Mazrouei] that we want to be partners and full partners.“ Mr Perry told The National on the sidelines of a conference in Abu Dhabi.
“There are some projects in the US that they may have some interest in. they may have some technology pilot programmes that we’re interested in partnering with and obviously upstream side of the industry here.`
In March. Austrian firm Borealis. Nova Chemicals. owned by Abu Dhabi strategic firm Mubadala Investment Company. as well as French energy majorTotal formed a US$1.7 billion venture to build a petrochemicals plant on the Texas’ Gulf coast.
Nova Chemicals is fully owned by Abu Dhabi’s international Petroleum Investment Company (Ipic). which merged with state-owned Mubadala in 2016. Ipic also holds a 64 per cent stake in Borealis – a joint operator of Abu Dhabi-based petrochemicals firm Borouge— through its stake in Austrian oil and gas firm OMV.