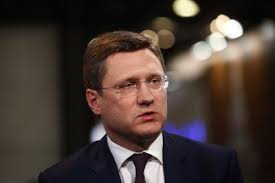 Russian energy minister has said that Moscow is hopeful to continue oil cooperation with Iran within the framework of oil for goods barter deal.
Alexander Novak rejected a report that Moscow has bought oil from Tehran noting that the Russian state trading enterprise `Promsirieimport` has not purchased Iran`s oil but it is only brokering between Iran and foreign sides. He said that Iran and Russia cooperation in the oil field is based on a deal signed between the two sides in 2014.
The Russian official expressed hope for the increase of Iran`s oil exports to Russia. noting that based on the deal. the volume of oil exchange can be elevated to five million barrels per day.
According to the Russian media. Iran signed an agreement with Russia in 2014 under which it has broken free from the petrodollar. and sells. or rather barter crude oil to Russia in exchange for products.