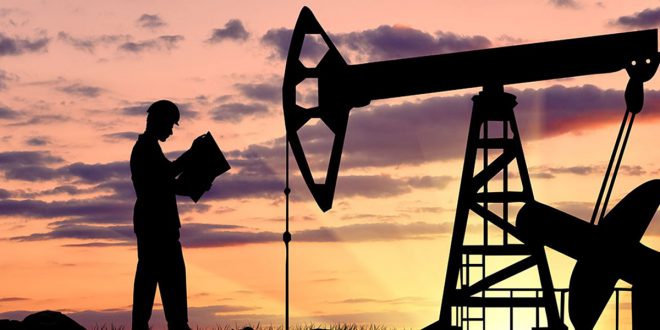 The Best and Worst Case Scenarios for Oil

The International Energy Agency (IEA) issued its “World Energy Outlook 2017“ when energy markets are passing through many changes likely to reset our previous expectations.
The “shifts in the global energy system“ such as “rapid deployment and falling costs of clean energy technologies. the growing electrification of energy. the shift to a more services-oriented economy and a cleaner energy mix in China. and the resilience of shale gas and tight oil in the US“ are what will influence future expectations. Assumptions are for global economic growth of 3.4 per cent a year and population growth from 7.4 billion to more than 9 billion in 2040. coming with attendant urbanisation and a large improvement in energy efficiency.
The problem is that the IEA gives forecasts on many scenarios. There are three main scenarios and an additional six are also referred to.
The New Policies Scenario (NPS) the report refers to has global energy needs expanding by 30 per cent between now and 2040. or from 13.7 billion tons of oil equivalent (mtoe) in 2016 to 17.5-mtoe in 2040. Almost 62 per cent of the growth would be in Asia. followed by Africa and the Middle East. and with declines in Europe and North America.
Low carbon energy — mostly renewables and nuclear — and gas would capture 85 per cent of the growth. at about 10 and 5 per cent for oil and coal respectively. In this scenario. oil demand. including other liquids. would increase from 95.5 million barrels a day (mbd) in 2016 to almost 109-mbd in 2040. Perhaps this is conservative given that demand by the end of 2018 is likely to touch 100-mbd.
The difference is stark compared with forecasts in the Current Policies Scenario (CPS). where oil demand would increase to almost 122-mbd. Supplies are expected to easily meet demand. but let us be careful here. Demand for conventional crude oil in 2040 would be only 64.1- and 73.2-mbd in the NPS and CPS projections.
The rest of the demand will be taken by natural gas liquids. tight oil. extra heavy oil and bitumen. biofuels. others and processing gains. Crude oil producers must be quite aware of this.
But there is good news as prices would increase gradually. reaching the level of $111 and $136 a barrel in 2040 based on 2016 dollars (for both scenarios).
In the NPS. Opec’s production would reach 46.7-mbd in 2040 of which conventional crude oil would be 34.9-mbd and NGLs 9.4-mbd compared to today’s 32- and 6-mbd respectively. Therefore. as far as conventional crude is concerned. Opec’s share in 2040 would be almost 55 per cent. which gives it reasonable leverage provided member countries increase production capacity proportionately and cooperate with non-Opec producers as far as possible.
The report gives a strong argument for US tight oil production to increase by 8-mbd between 2010-25. and the US becoming a net oil exporter and accounting for 80 per cent of the increase in world oil supplies by the late 2020s.
Oil would continue its major growth area in transportation. especially with respect to aviation. shipping and trucking. in addition to growth in petrochemical feed. But demand would suffer for passenger cars as today’s 2 million electric vehicles are likely to be 280 million by 2040. Passenger cars would increase from one to two billion. Their fuel consumption would also be affected by legislation for efficiency improvements.
The Sustainable Development Scenario (SDS) presented for the first time in this year’s report. “starts with a certain vision of where energy sector needs to go and then works backward to the present“. The vision includes universal access to energy services by 2030. the achievement of enforcing emission reductions as per the Paris Agreement. and environmental improvements with respect to air quality and household air pollution.
In this scenario. energy requirement in 2040 would be nearly 20 per cent less than that stated in NPS. There would be a decline of 3.100-mtoe for coal. 31-mbd for oil and 1.100-bcm for gas and electric cars would increase by 100.000 a day.

Previous Iran’s Light Oil Price up $1.2 in a Week
Next Construction of TAPI’s Afghan Section to be Launched in February