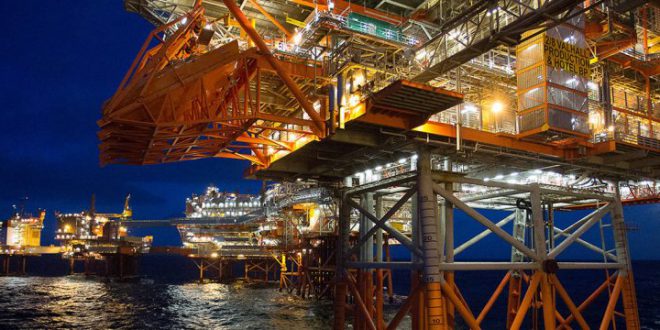 Norway is realising it will have to do without the deep pockets of the biggest oil companies as it seeks to extend an era that has made it one of the world`s richest.

The most recent blow came when only 11 companies applied for new blocks in the Arctic Barents Sea. touted as the country`s most promising area for exploration. Chevron Corp. and ConocoPhillips were absent after bidding the last time. while Exxon Mobil Corp. and Total SA remained out of the race. Of the five super-majors. only Royal Dutch Shell Plc applied.

`It`s a warning and a cause for reflection.` said Stale Kyllingstad. chief executive officer of IKM Gruppen AS. one of the biggest suppliers to Norway`s oil industry. `The Norwegian shelf isn`t as popular anymore. It`s a concern.` An historic three-year slump in the industry has seen Exxon and BP Plc relinquish their role as field operators in western Europe`s biggest producer. The landscape is changing in the aging North Sea basin in Norway and the UK as companies search for higher margins in projects such as liquefied natural-gas or US shale. Smaller. more specialised companies. some backed by private equity. are stepping in.

The indifference to Norway`s Arctic packs a special sting. The area is thought to hold half of the country`s undiscovered oil and gas. or almost 9 billion barrels. and success in the Barents will be key to stopping a further decline in the country`s production in the 2020s. Financial muscle will be needed to develop finds in a region with little infrastructure.

`The farther north you go. the bigger companies you need to sit in the front seat.` said Mr Kyllingstad.

State-controlled Statoil ASA was operator for two thirds of the country`s production in 2016. according to figures from the Norwegian Petroleum Directorate. It has dominated exploration for years with Sweden`s Lundin Petroleum AB and lately Aker BP ASA. the Norwegian company that swallowed BP`s local unit.

Statoil CEO Eldar Saetre last month told Upstream that the retreat of international companies was `not a desirable development.`  Even the Norwegian Oil and Gas Association. a lobby group that counts the majors among its members. has a `a certain concern.` The number of companies. and `not least a variety` of them. are key to success. said spokesman Tommy Hansen.

In a December interview. Petroleum and Energy Minister Terje Soviknes conceded he would like the majors to stay. but said some smaller companies could be better suited to get more value out of old fields. He also pointed to record interest in a licensing round focused on mature areas.

Yet. with some exceptions. this acreage holds less potential for big deposits. And a closer look at the latest awards. in January 2017. also points to Norwegian domination: Statoil and Aker BP won more than 50 per cent of the operatorships. the highest concentration since this round`s inception in 2003. according to Bloomberg calculations.

Big Oil`s disengagement comes at a difficult time for a Norwegian industry just recovering from a bruising downturn which saw the loss of 50.000 industry jobs.

It matches a growing distaste for the industry among Norwegians. who are increasingly debating the moral and financial merits of oil as the world steps up the fight on climate change. A court is expected to rule this month on an unprecedented lawsuit against the government over Arctic licenses. The country`s US$1 trillion sovereign wealth fund. built on petroleum income. has even asked for permission to dump oil and gas stocks. sending shock waves through global markets. It cited financial reasons.

Norway`s oil production has been halved since a 2000 peak. While natural-gas output has surged. total production is forecast to fall again in the middle of the next decade. A flurry of investment decisions at the end of last year hides a painful truth: after Statoil`s US$6 billion Johan Castberg oil field starts production in the Barents in 2022. the project pipeline is scant.

Successive governments have pushed for more exploration in the Barents. but companies have yet to find the likes of multi billion-barrel giants of the North Sea.

Disappointing results in the record 2017 drilling campaign. which included the most anticipated well offshore Norway in years. is one reason for scant interest in the licensing round. said Neivan Boroujerdi. an analyst at Edinburgh-based consultant Wood Mackenzie Ltd.

But this year could still be a break-through for the Barents as Statoil. Lundin and Aker BP are expected to keep up a record pace of drilling. Boroujerdi said. Lundin and OMV AG could also take decisive steps to advance their Alta and Wisting projects. with the promise of new infrastructure eventually triggering more interest from smaller companies that typically focus on the mature-area rounds. he said.

`It`s not all doom and gloom.` Mr Boroujerdi said. `I don`t think we`re going to reach a point where Barents exploration will die completely.`

Previous Libya Oil Production Is Back to Normal
Next IEA: Global coal demand to hit 5.534bn tonnes by 2022