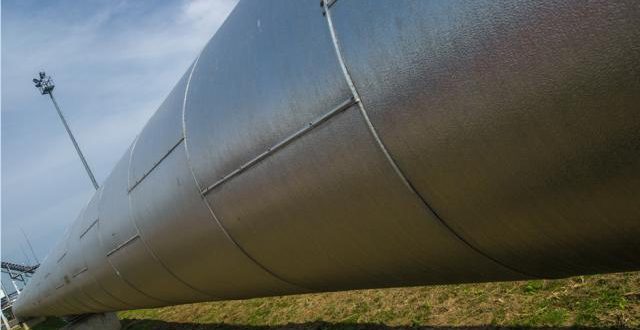 The oil industry wants President Trump and Congress to include in their infrastructure legislation some policies to boost oil and natural gas pipelines and make them easier to build.

American Petroleum Institute (API) head Jack Gerard told policymakers. reporters and others Tuesday that the group is making a push to jump on the bipartisan excitement for a promised infrastructure bill.

The oil lobby group. which represents numerous facets of the industry. has long been looking for regulatory and permitting changes to get pipeline decisions made faster and more simply.

“We’re merely looking for certainty and predictability in things like permitting processes and the ability to get the requisite permit necessary to build infrastructure.“

The oil sector also relies on railroads and maritime transportation to move its products. but pipelines are usually the cheapest and safest option when they’re available.

The API’s push comes after years of high-profile protests of pipelines by environmentalists. fueled by major projects like the Keystone XL pipeline and the Dakota Access pipeline.

Combined with increased local opposition to pipelines. the oil industry is having more difficulty than it has before in developing its infrastructure.

API wants reforms at the Federal Energy Regulatory Commission and elsewhere to reduce opportunities to block pipelines and to streamline the permitting process. among other changes.

“We think everybody ought to have a right to come and comment. But once the decision’s made. the process should move forward.“ he said.

Gerard repeatedly boasted that pipelines are built with private money. unlike roads and bridges. which are usually built with government money.

“We have resources ready to go. ready to be developed.“ he said. citing research that about $1.1 trillion is due to be spent on energy infrastructure over the next 17 years.

“By expanding our focus beyond traditional infrastructure conversation and considering the great opportunity of energy infrastructure investments. we could literally potentially double the economic benefits of infrastructure in this country as we now turn our attention to what we need to do to expand our resources and provide the infrastructure necessary.“