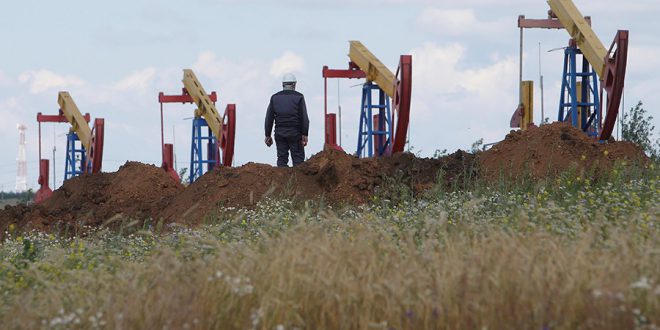 “Some countries are not fully sticking with production cut quotas for various reasons. unfortunately. However. the agreement works. as some countries are producing less than required by the accord. So. the agreement is being fulfilled by 107 percent.“ Novak said in an interview with RT on the sidelines of the economic forum in Davos.

According to the minister. oil-producing countries have never before shown such effective cooperation in re-balancing the market.

The existing cuts have been extended till the end of 2018. and whether or not the agreement is prolonged will be decided later. Novak said. The technical committee that monitors the deal expects the market to rebalance in third or fourth quarter of the year.

Novak has abstained from forecasts on oil prices by the end of 2018. saying that the deal is more concentrated on removing the supply overhang from the market. and not on short-term prices.

“Prices should be both for producers and consumers in order to guarantee further investment in the oil market and keep supplies safe and stable.“ Novak said.

The deal has allowed oil prices to be propped up to the level of $70 per barrel. Just two years earlier. crude slipped below $30 to multi-year lows.

Growing production in the United States. which could unseat Saudi Arabia as number two oil producer after Russia. is preventing prices from climbing higher.

“The US output is approaching 10 million barrels per day. The country is one of the biggest consumers of oil. burning almost 20 million bpd. These volumes definitely affect the markets.“ Novak noted. adding that the US should join the global consultations on oil.