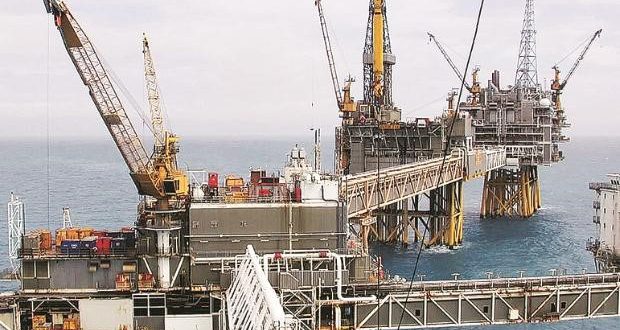 Oil and Natural Gas Corp. is facing a delay of at least a year in starting production from its biggest project. according to people with knowledge of the matter.

The nation’s top explorer. which planned to produce gas from a deep water block in the Krishna-Godavari Basin off the country’s east coast from June 2019. won’t produce first gas until at least the second half of 2020. the people said. asking not to be identified because the information isn’t public. Oil production will start a year after gas. ONGC hasn’t completed tendering for major equipment and services for the $5 billion project. they said.

Production from the KG-DWN-98 2 block in the Bay of Bengal. where the depth of water is comparable to ultra-deep fields in the Gulf of Mexico. is critical to Prime Minister Narendra Modi’s goal of cutting India’s oil imports and doubling the share of gas in the country’s energy mix to 15 percent. Speeding up new developments is also vital for ONGC as it faces declining production from older fields. It plans to spend 11 trillion rupees  ($173 billion) by 2030 to raise output.

The delay in finalizing tenders means the company won’t start to drill wells in the block until next year. Hostile weather conditions in the area allow drilling for only about half the year. An ONGC spokesman was unable to comment on Monday.

ONGC might be able start gas production in the later half of 2020 if it finalizes contracts soon. the people said. State-run ONGC is looking to contract as many as five deepwater drill ships and dozens of jack-up rigs for its drilling program in the block.

Reliance Industries Ltd.. which produces gas from an adjoining area. has seen production tumble more than 92 percent since hitting a peak in 2010. The Indian company and its partner. BP Plc. found the reservoir more difficult to produce from than they had initially estimated.

ONGC aims to produce 15 million standard cubic meters a day of gas and 77.000 barrels a day of oil from the block.

The company was engaged in the past year with the acquisition of a controlling stake in state refiner Hindustan Petroleum Corp. and arranging debt to finance the deal. The $5.78 billion acquisition was finalized this month.