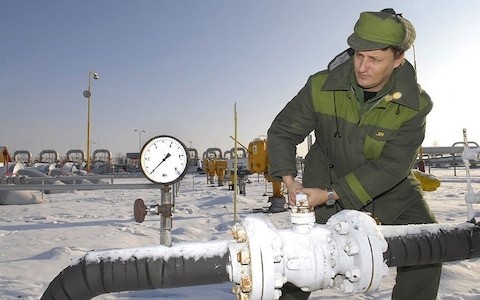 European refiners are threatening to cut Russian oil purchases due to worsening quality after Moscow has re-routed large volumes of crude to China as part of its fight with OPEC and the United States for market share in fast growing Asian markets.

The quality of Russia’s flagship Urals oil grade has deteriorated so much that multiple buyers are reviewing how much they buy and the price they are willing to pay for it. according to traders and sources close to European refiners.

Russia has forged closer ties with energy-hungry China at a time of chilling relations with the West over Moscow’s role in Ukrainian crisis and allegations of its interference in foreign elections. accusations denied by the Kremlin.

Miroslaw Kochalski. vice-president of PKN Orlen. Poland’s biggest refiner. told Reuters in an interview that the changing quality of the Urals his company buys could influence future deals. “It opens room for negotiations with partners. also regarding price conditions.“ Kochalski said.

According to the industry sources who spoke to Reuters. that position is shared by others in the industry who buy Urals crude.

The Urals oil that reaches customers in Europe is a blend of different sources of oil. with the mixing taking place inside Russia’s pipeline system. The quality depends on the relative proportions of higher-quality and lower-quality darker oils in the mix.

Data on Urals chemical composition. obtained by Reuters from industry sources. showed the oil exported to Europe this month is near the bottom end of the quality range allowed under a standard set by Russia’s state standards agency Rosstandart.

The trading sources said they track the quality via documents that accompany cargos of crude pumped from Russia.

The worsening of Urals quality has dampened its price and prompted buyers to think about the possibility of reducing the volumes they buy. according to the traders and sources close to European refineries.

“We can’t refine this (oil).“ a trader at a European company said. “There is only one way out. which is to cut Urals purchases and get supplies of lighter grades for blending.“

At least five traders said they believed Urals was being affected because better-quality types of oil that would previously have been mixed into Urals were being diverted instead eastwards and incorporated into the ESPO blend exported to China and other Asian markets.

“For now. Russia produces most of its light sweet barrels to supply China. while Western buyers have to receive what is left over.“ an industry source told Reuters.

Russia’s energy ministry acknowledged that the quality of Urals had been declining for the past several years. but said that was due to the depletion of old oilfields.

Russian oil pipeline monopoly Transneft also said quality had been declining. But a spokesman. Igor Dyomin. said no customers have complained about the quality to date. and that the quality was within the permissible range.

“Everything is within the national standard.“ Dyomin said.

Russia held firm as China’s top crude oil supplier in December for the 10th month and racked up its second year as the largest supplier in 2017. data showed last week.

In one measure of how Russia’s oil sector is pivoting towards Asia. seaborne exports of Urals via Russia’s western ports will fall in 2018 to their lowest level since the early 2000s because of a jump in flows to China.

According to Reuters calculations. the price of ESPO Blend was on average $3 per barrel higher than that of Urals during 2017.

Urals is mostly exported from Russia via the Soviet-built Druzhba (Friendship) pipeline. along which oil refineries have been built in eastern and central Europe.

They include such big plants as Total’s Leune refinery and Lotos Group’s Gdansk refinery. as well as a number of smaller refineries in Germany. Poland. the Czech Republic. Hungary and Slovakia. Lotos and Total did not respond to requests for comment.

The types of oil that make up the ESPO blend come from. among other sources. the giant Vankor oilfield in eastern Siberia owned by Russian state oil major Rosneft. The company declined to comment.

For sulphur. the national standard requires a level below 1.8 percent.

There are no legal consequences for Urals’s quality falling below the standards. but buyers may choose to cut purchases of the blend or negotiate the price down.

Dyomin. the Transneft spokesman. said sulphur content in Urals flows via the Druzhba pipeline was expected at 1.7-1.8 percent this year. while gravity was seen at up to 875 kg per cubic metre (close to a widely used measurement of API gravity of 30.2 degrees).

In emailed comments. the Russian energy ministry said. based on its assessment. “sulphur content in Urals will remain within the standards (no more than 1.8 percent) in the next year. meaning. it won’t have a negative impact on export prices for Russian oil.“