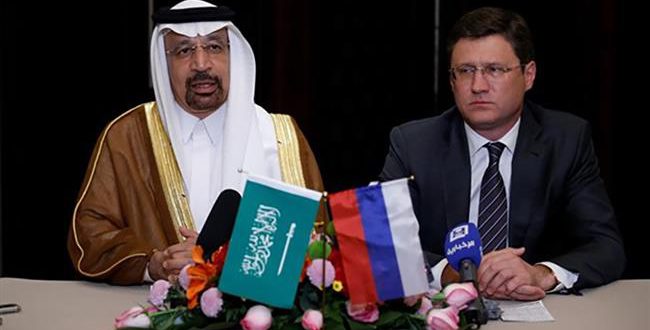 Russia and Saudi Arabia are seeking ways to amplify the success they’ve had working together to manage the oil market by reaching new energy agreements. including one on liquefied natural gas.

Saudi Aramco is “seriously“ studying an opportunity to invest in a future LNG plant in Russia’s Arctic. Al-Falih said. His counterpart Alexander Novak said the two countries have a list of 23 projects they may develop.

Russian President Vladimir Putin made a priority of expanding the nation’s LNG industry last year. and the country is seeking new partners in projects to overtake the fuel’s biggest producers. including Qatar and Australia. Saudi Arabia is looking from Russia to East Africa and the U.S. for natural gas assets as state-owned Aramco. known formally as Saudi Arabian Oil Co.. hunts for ways to meet soaring domestic demand.

Russia last year offered the kingdom an opportunity to join a planned LNG project in northern Siberia called Arctic LNG-2. which may start in 2022 or 2023 and cost about $20 billion. No decisions on such a partnership have been announced.

Russian companies are also interested in building regasification terminals in Saudi Arabia because the kingdom will need these projects if it decides to import LNG. Novak said earlier this month.

The Saudis target doubling their own gas production in the next decade. Al-Falih said Wednesday in Riyadh. He didn’t rule out buying LNG from Russia. in an interview in December. though he said at the time it wasn’t the most economical option.