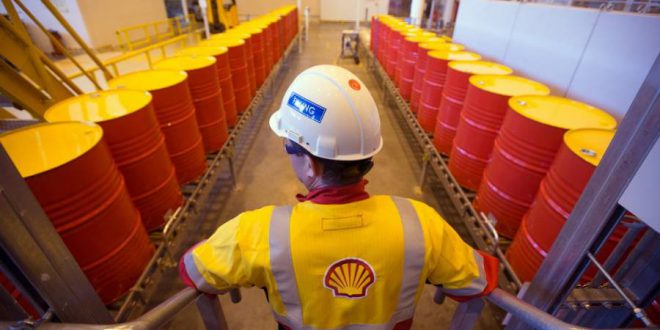 Oil Demand to Peak Around Within 20 Years

Global demand for crude oil could peak in the next two decades. as renewables like solar power surge faster than expected to meet a greater share of the world`s energy needs. BP PLC said Tuesday.

The world`s appetite for oil and other liquid fuels could continue to grow until around 2035. hitting 110.3 million barrels a day–compared with 95 million barrels a day in 2015–before plateauing and falling off in the run up to 2040. the British oil-and-gas giant said Tuesday in the main future scenario. releasing its annual energy outlook.

Peak demand could represent a potential reckoning for energy companies that had grown accustomed to crude consumption growing almost every year for over a century. Already. BP. Royal Dutch Shell PLC and other companies have been investing more in natural gas. which has become a vital fuel for producing electricity. and experimenting with renewable production.

`The outlook here shows that the world is going to need all forms of energy.` BP Chief Executive Bob Dudley said at a news conference Tuesday. `Gas has to be part of the transition. if not a destination fuel` for lowering carbon emissions.

BP`s outlook shows peak-oil demand coming more quickly than it has forecast in the past. Until now. the company has said crude demand wouldn`t stop growing until the 2040s.

Unlike competitors. BP releases annual forecasts making predictions about a range of issues including industry investment. supply and demand. Shell has said peak demand could come as soon as 2025 while Chevron Corp. and Exxon Mobil Corp. don`t foresee a peak.

BP`s central forecast assumes that current government policies. technology and societal preferences will evolve in the future similarly to how they have in recent years. Big recent changes have included countries like the U.K. and France planning severe restrictions on the combustion engine and a major push for electric vehicles in China.

BP stressed the central forecast was one of six possible scenarios. none of which it would endorse as most likely. All the scenarios show oil demand eventually peaking before 2040 and then declining.

In this scenario. renewable sources of energy would increase five-fold to provide around 14% of primary energy globally. contributing to the most diversified energy mix ever.

`By 2040. oil. gas. coal and non-fossil fuels each account for around a quarter of the world`s energy. More than 40% of the overall increase in energy demand is met by renewable energy.` said Spencer Dale. BP`s group chief economist.

Oil consumption should grow by an average of 0.14% per year between 2016 and 2040. according to the BP scenario. compared with predictions of 0.19%. 0.12% and 0.17% annual oil growth consumption by. respectively. the U.S. Energy Information Administration. the International Energy Agency and the Organization of the Petroleum Exporting Countries.

Still. BP expects personal vehicles and industrial trucks `to be dominated by oil.` with demand for the fuel comprising around 85% of total transport fuel demand in 2040. compared with 94% today. The majority of that demand should come from developing economies like China and India. BP said.

At the same time. BP`s evolving transition scenario predicts the number of electric cars on the road will rise to roughly 320 million by 2040. accounting for about 30% of passenger vehicle kilometers. That increase should be bolstered by the emergence of fully-autonomous vehicles in the next decade. most of which are expected to be electrically powered.

BP`s views on peak-oil demand aren`t universally accepted in the industry. Last month at the World Economic Forum in Davos. Switzerland. Saudi energy minister Khalid al-Falih said oil demand would rise as high as 120 million barrels a day over the next two to three decades.