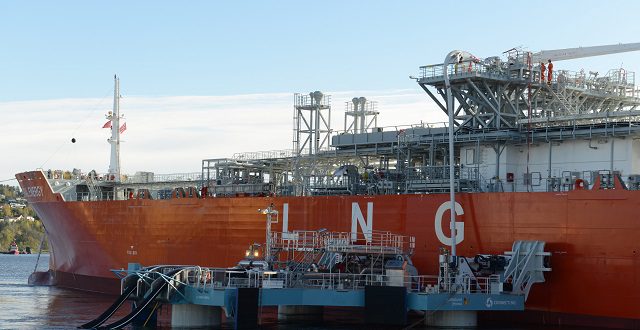 Considering that the North American shale revolution is the key global energy development of the past decade. it’s surprising that Canada’s natural gas production has actually been falling. Canada is still the world`s fifth largest gas producer. but output has dropped around 15 percent over the past 15 years to 16 Bcf d.

As a free market economy without the over-influence of a national oil company. Canada’s future gas production is desired by the rapidly globalizing gas market. According to BP.  Canada has about 80 Tcf of proven gas reserves. and with low incremental needs. this large endowment could make the country a worldwide gas exporter at some point in the 2020s.

The main problem for Canadian gas production is the decline of its sole export market. the U.S.. where dry gas production has risen 35 percent to nearly 80 Bcf d since 2010. In turn. over the past decade. Canada’s gas exports to the U.S. have been sliced in half to 5.5 Bcf d. This decline will continue: The EIA projects that U.S. gas production will increase 40 percent by 2040.

Enter Canada’s necessity for LNG. the fastest-growing way to trade gas and a market that constitutes a rising 12 percent of all global use. There is great potential to export LNG off the coast of British Columbia. where cargoes can ship gas produced in western Canada to fast growing Asian markets. Western Canada accounts for around 70 percent of the country’s gas production.

Now already online. U.S. LNG will be a competitor for Canadian LNG. But. even with the Panama Canal expansion. the trip from British Columbia to Asia is still approximately two-thirds shorter than from the U.S. Gulf. Hampered today by a global supply glut. potential western Canada’s LNG projects should come online early next decade. right when expected higher oil prices will make Canada’s oil-linked LNG profitable. and the end of many long-term existing contracts will allow Asian buyers to seek new sources of supply. Additionally. the global market is expected to go into deficit around that time. reversing back to a seller’s market supporting LNG shippers from Canada and elsewhere.

Centered on Asia. Canada’s National Energy Board has projected that LNG exports could reach 2.5 Bcf d by 2023. being the driving force behind increased production in the country. Currently. that seems optimistic for Canadian LNG. considering that no potential export terminal has even passed the final investment decision (FID) stage. LNG Canada has tentative plans to make a FID late this year. and construction could take four years.

As for production. Canada has greater shale opportunities than others because the country retains many of the same conditions that enabled the U.S. renaissance. such as a free and highly competitive marketplace. an unmatched skilled labor force and service sector. and surface and mineral rights that can be owned by private individuals. Technological improvements and “learning by doing“ expertise are upping the productivity of new wells.

Tight gas from shale is expected to account for 70-75 percent of Canada’s production in 2025. Most of this will come from the Montney shale formation in British Columbia and Alberta. The Montney has been appraised with 450 Tcf of recoverable shale gas. putting it on par with Pennsylvania’s mighty Marcellus shale play. likely the largest gas field in the world. Thanks to long-term forward sales contracts and other marketing agreements. full cycle break-even costs in the Montney can be less than C$2.00 per thousand cubic feet.

There are. however. a few variables to the Canadian LNG export story that could serve as limitations. For example. if new production is strong enough. even without the LNG outlet. which beyond currently poor market conditions also confronts strong environmental opposition and political pushback. gas from Canada could once again become competitive via pipeline to the U.S.. particularly Midwest markets.

And a large expansion of tar sands development in Alberta. which is helped by higher oil prices. would mean much more domestic gas demand and less surplus to export. Tar sands account for about 30 percent of Canada’s total natural gas usage. Natural gas is heavily used in the industry to (1.) heat water to separate the bitumen (the viscous form of the oil) from sand. and (2.) create steam to produce the hydrogen that converts bitumen into synthetic crude oil.