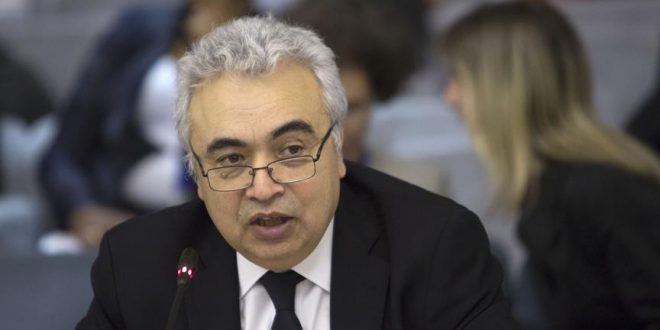 Chief of International Energy Agency (IEA) said Monday that China will continue to be a main driving force for the growth of global oil demand.

Fatih Birol. executive director of IEA. said in a press conference at the CERAWeek by IHS Markit that `China continues to be the main driver of global oil demand growth.`

In 1983. Cambridge Energy Research Associates (CERA) was founded in Cambridge. Massachusetts. the United States. Each year. CERA clients gathered for a few days in Houston. the energy capital of the nation. to attend the executive conference where they gained insight into the energy future while connecting with their peers. Over time. the program was expanded to five days of informative sessions and networking opportunities-and named CERAWeek.

This year`s CERAWeek kicked off on Monday in Houston. Texas. the United States. The annual energy conference features presentations and discussions by energy industry and governmental leaders. The theme for this year`s event is `Tipping Point: Strategies for a New Energy Future.`

Birol added that India follows China in terms of growth in the demand for oil. and together the oil demand of those two countries accounts for about half of the growth in global oil demand.

IHS Markit is a world leader in critical information. analytics and solutions for the major industries and markets that drive economies worldwide.