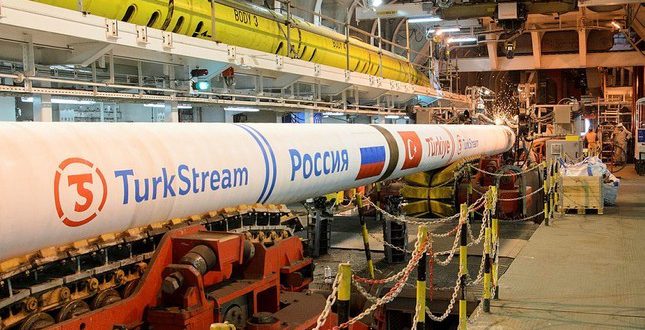 A Pipe to Nowhere

Gazprom has lost hope of turning the Turkish Stream project into a gas pipeline for large-scale export to Europe.

The Russian gas holding company is preparing to begin dismantling the South Gas Corridor pipelines. which were initially built with the expectation of South Stream. and then redirected to Turkey.

This was. according to the plan. supposed to supply 63 billion cubic meters of gas per year to Turkey and the EU. However. the framework agreement with Ankara could be concluded with just two threads of “flow“ instead of four.

Because of the twofold reduction in the capacity of the Turkish flow. Gazprom did not need 506 kilometers of pipes laid along the route Pochinki-Anapa. from the Saratov region to the Krasnodar territory. These are subject to liquidation together with the gas measuring station Morshanskaya.

The construction of the third and fourth lines of Russian compressor stations Kazachya and Korenovskaya will be suspended until “a decision is made on the implementation of these facilities.“ said Gazprom. The total value of the facilities that were prepared for the South Stream. based on the balance sheet of Gazprom as an unfinished construction. at the beginning of 2017 was estimated at 46 billion Roubles.

At the moment. Gazprom continues to lay its two threads of the Turkish Stream on the bottom of the Black Sea with a total capacity of 31 billion cubic meters.

However. Turkey agreed only to pave one thread of “flow“ on its territory for 15.75 billion cubic meters per year. through which gas will be supplied for its own needs.

The second branch. which Gazprom hoped to use for transit to Europe and which has already been laid over almost a thousand kilometers of the Black Sea basin. Ankara allowed only to its coastline.

The likelihood that the second thread of the flow will remain a pipe to nowhere grows: there is a feeling that in Moscow “they began with a bit more skepticism“ to refer to the prospect of its launch in the near future. said Fitch analyst Dmitry Marinchenko.

Without permits from Turkey. no exact route can be formed: it is not clear who the owner and operator of the pipeline will be. nor whether Turkey will claim payments from gas transit and to what extent. Marinchenko noted.

Previous Permian`s problem: Too much Gas. with no Place to Go
Next Gas War with Ukraine at the Expense of the Population