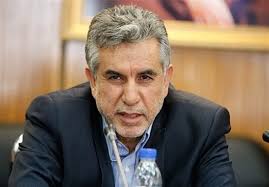 Russia’s Zarubezhneft can Transfer Capital to Iran via European Banks

Deputy Petroleum Engineering and Development Company (PEDEC). affiliated to the National Iranian Oil Company (NIOC). Gholamreza Manouchehri said that Russia’s Zarubezhneft Company can transfer its capital to the Islamic Republic of Iran via European banks and there is no problem in this respect.

There are many banks in Russia that have established fair relationship with Iran. so that Zarubezhneft Petroleum Company can relocate its capital to Iran via these banks or even European banks freely. he maintained.

After signing and sealing Iran’s nuclear deal. entitled “Joint Comprehensive Plan of Action (JCPOA)“. situation of banking system of the country for doing transactions with other countries was first followed up strictly.

Although Iran’s banking relationship with other countries has been ameliorated after signing JCPOA in particular. it seems that there are some obstacles in the field of transferring money through L C or other forms of money remittance into the country that should be resolved. Manouchehri stressed.

According to most economic activists. Iran’s banking problems with relation to the money transfer into the country still remains in place.

He pointed to the presence of foreign investors in the country and said. “France’s TOTAL oil major was the first European company which concluded a contract after the implementation of Joint Comprehensive Plan of Action (JCPOA) within the framework of Iran Petroleum Contract (IPC).“

In addition. two oil contracts were inked before termination of the last Iranian calendar year in 1396 (ended March 20. 2018) between the National Iranian Oil Company (NIOC) and an Iranian oil company for the development of Sepehr and Jofeir oilfields. he said. adding. “meanwhile. another contract was inked between NIOC and Russia’s Zarubezhneft Petroleum Company for the development of Abadan and Paydar Gharb joint oilfields.“

Twenty percent of financial resources of the said project will be provided either by the National Development Fund of Iran (NDFI) or domestic banks. deputy Petroleum Engineering and Development Company (PEDEC) concluded.