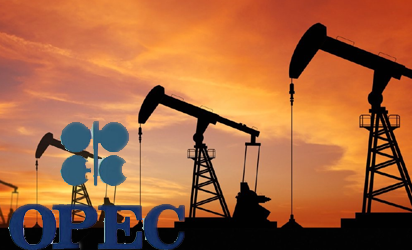 OPEC Crude Production Drops to Lowest in a Year

OPEC crude production dropped to the lowest in a year amid the woes in Venezuela’s oil industry.

Output from the 14 members of Organization of Petroleum Exporting Countries fell by 170.000 bbl to 32.04 MMbpd in March. according to a Bloomberg News survey of analysts. oil companies and ship-tracking data. That’s the lowest since last April’s 31.9 MMbpd. Back then. Equatorial Guinea — which pumped 130.000 bpd last month — wasn’t part of OPEC.

Production in Venezuela declined by 100.000 bpd from February to 1.51 MMbpd. the survey showed. The International Energy Agency said in its last monthly report that the Latin American nation remains the “biggest risk factor“ when it comes to supply disruption amid a “worsening economic crisis.“

Algerian output dropped 40.000 bpd to 1 million. the survey found. Some oil fields underwent maintenance last month. shutting down production. a person familiar with the matter said. Crude exports from the North African country also fell to the lowest level in more than two years in March. according to cargo data by Kpler SAS.

Neighboring Libya saw production drop below the 1 MMbpd after some fields were shut down.