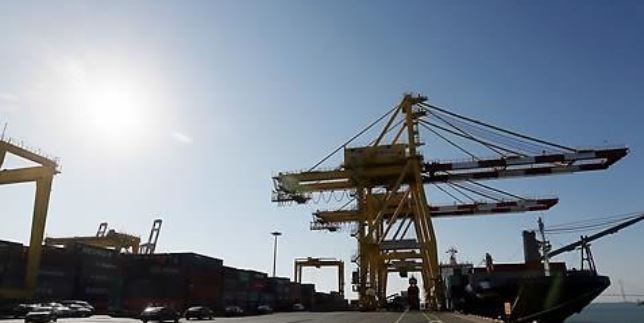 South Korea`s Import of Iranian Crude Down in March

In March. the world’s fifth-biggest crude oil importer. imported 1.37 million tonnes of Iranian crude. or 324.612 barrels per day (bpd). from 2.26 million tonnes from the previous year when the import volume hit a record high. according the customs data.

South Korea. one of Asia’s major Iranian oil customers. mainly buys condensate. or an utlra-light oil. but its data does not provide a breakdown of imports by types.

Seoul has reduced its purchases of Tehran’s oil in recent months compared to last year’s levels. despite the Middle Eastern country’s efforts to retain its Asian buyers by cutting official selling prices.

That came as the National Iranian Oil Company had cut supplies to South Korea by 3 million barrels each month from the start of this month due to lower production and a start of a new splitter. according to three sources.

Meanwhile. crude imports from Qatar in January-March of this year were 2.19 million tonnes. or 178.652 bpd. up 2.4 percent from 2.14 million tonnes during the same period last year. South Korea typically switches to Qatari condensate to replace Iranian one.

Overall. South Korea’s March crude oil imports were 10.91 million tonnes. or 2.58 million bpd. down 14 percent from 12.68 million tonnes from last year. according to the data.

In the first three months of this year. South Korea imported 36.70 million tonnes of crude. or nearly 3 million bpd. down 0.4 percent from 36.88 million tonnes from the previous year.