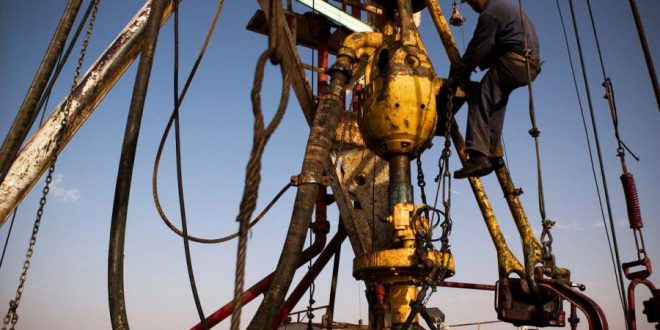 Mustafa Sanalla also called on a European Union naval mission to combat smugglers by seizing their ships in the Mediterranean. said the United Nations should consider sanctioning smugglers. and urged Libya to reform massive subsidies that allow fuel to be sold for as little as 2-3 U.S. cents per litre.

“The fuel smugglers and thieves have permeated not only the militias which control much of Libya. but also the fuel distribution companies which are supposed to bring cheap fuel to Libyan citizens.“ Sanalla told an inaugural Oil and Fuel Theft conference in Geneva.

“The huge sums of money available from smuggling have corrupted large parts of Libyan society.“ he said. according to a text of his speech.

Fuels can be tracked by using chemical markers that bind to fuel molecules.

Smuggling networks have flourished amid the political turmoil and armed conflict that developed following Libya’s 2011 uprising. Groups are often involved in multiple types of smuggling. making huge profits from illicit sales of fuel and the transfer of migrants towards Europe.

Between 30 and 40 percent of fuel refined in Libya or imported into the country is stolen or smuggled. according to the NOC. Libyan vessels smuggle mainly diesel to international ships offshore. while gasoline is diverted to roadside sellers or smugglers who operate across Libya’s land borders.

The practice costs the Libyan state one billion Libyan dinars per year. or $750 million at the official exchange rate. the NOC estimates.

Action taken so far — including Italian prosecution and U.S. sanctions against smuggling networks and a ditch and berm built by Tunisia on its border with Libya — had “not been enough to create a major disincentive for the fuel smugglers“. Sanalla said.

Though local officials say they are trying to crack down on fuel smuggling. fuel is still allocated to inoperational or “ghost“ petrol stations. Prices are among the lowest in the world. though rampant smuggling means petrol shortages are common and Libyans often pay a higher. black market price.

“Fuel smugglers are well-armed. and well-resourced. And every day their grip on regions of Libya – and also on neighbouring countries who receive smuggled and stolen Libyan fuel – becomes stronger and more institutionalised.“ Sanalla said.

He called for the mandate of the EU’s naval mission. Operation Sophia. to be extended to combat the smuggling of refined fuel as well as oil. saying that much of the illegal activity could be traced by radar or satellite and was concentrated at Hurd’s Bank anchorage just outside Maltese territorial waters.