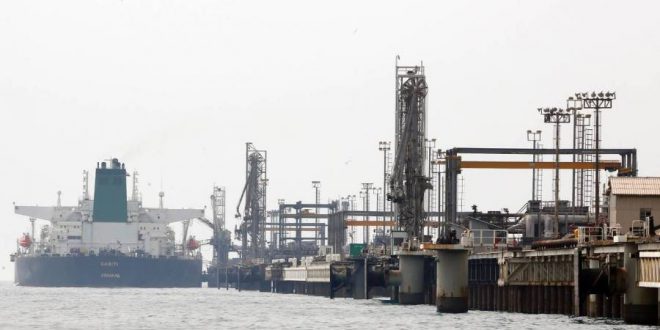 The Iraqi Oil Ministry said on Sunday that the value of its oil exports last month amounted to $ 6.4 billion.

The Iraqi oil exports reached in last February about 95.940.000 barrels.

The ministry spokesman Asem Jihad said in a statement that the oil exports did not register any production from the fields of Kirkuk.

Jihad added that the average price per barrel recorded $ 60.114. The exported quantities were loaded by 39 international companies of different nationalities from the ports of Basra. Khor Al-Aamya and the floats on the Gulf.

The pumping of oil from Kirkuk to the Turkish port of Ceyhan stopped in October when Iraqi forces took control of the fields from the northern Peshmerga forces.

Iraq relies on oil sales revenues to finance up to 95 per cent of state expenditure. Therefore. the decline in crude prices since 2014 has negatively affected the domestic economy.