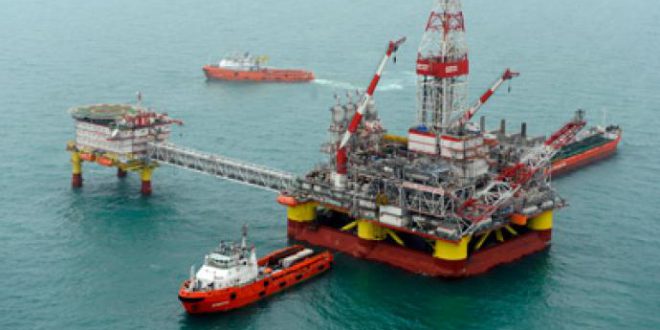 The result of technical studies on Sardar-e Jangal oil and gas field off Gilan Province in the Caspian Sea and on the offshore exploratory blocks of 24. 26 and 29 submitted by Norway`s Offshore Resource Group has widened the horizon for oil development ventures in the region. the deputy head of the National Iranian Oil Company said.

`If the figures presented by ORG are approved. Iran`s in-place and recoverable hydrocarbon reserves will experience a dramatic rise.` Gholamreza Manouchehri was also quoted as saying by NIOC`s news portal on Sunday.

ORG signed a memorandum of understanding with Khazar Exploration and Production Company in 2017 to conduct technical studies on the field and the exploratory blocks. During the signing ceremony. Norwegian Ambassador Lars Nordrum expressed his country`s willingness to expand ties with Iran via technology transfer.

According to Manouchehri. the firm announced the result of its first phase of survey on Sunday. yet more studies need to be conducted.

Pointing to serious challenges to expand the Caspian Sea fields. Manouchehri said. `Although oil extraction from southern onshore fields is less expensive. the Oil Ministry has never been oblivious to the fact that the Caspian region is one of the oldest oil-producing areas in the world and is an increasingly important source of global energy production.`

The NIOC official noted that multinationals can play a key role in the venture. as Iran is still deprived of state-of-the-art know-how to carry out deepwater drilling operations. adding that neighboring states. namely Russia. Turkmenistan. Azerbaijan and Kyrgyzstan. have been exploiting the Caspian Sea hydrocarbon resources since a long time.

Commenting on the proposal to renovate Amir Kabir Semi Submersible Drilling Rig. Manouchehri said ORG has suggested refurbishing the rig with the help of domestic expertise and equipment.

`As soon as the rig is restored. it can drill as many as five wells in the Caspian Sea per annum. which can be very helpful to push exploratory studies forward.` he added.

According to the official. the implementation of the country`s new oil and contract. known as Iran Petroleum Contract. cannot attract foreigner investors in the venture. because of which the ministry may adopt other strategies like turnkey contracts to develop the Caspian field.

Officials believe the newly-signed agreements between Tehran and Baku can also help unlock Iran’s massive hydrocarbon reserves in one of the world’s biggest offshore oil and gas regions.

Founded in 1999. ORG has offered technologies and solutions with proven results since past 17 years. Its strategy is to develop technologies that offer substantial costs savings and risk reducing elements defined as “mission critical“ by the oil companies.

Norway’s DNO has also submitted the result of its technical studies on Changouleh Oilfield west of Iran to the National Iranian Oil Company.

DNO is also interested in developing Hengam based on a practice known as “unitization“—the joint development of a hydrocarbon reservoir extending across two countries—based on which the two sides split production and profit.