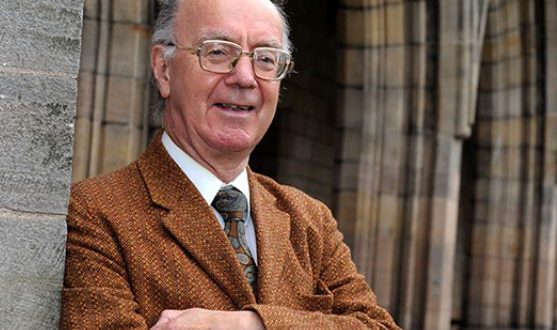 Oil could Breach $80 Due to Trump’s Iran Sanctions

Aberdeen University petro-economist Alex Kemp said the market was reacting to news of US President Donald Trump’s plan to re-impose sanctions on the Middle Eastern country.

Mr Trump will withdraw the US from an Obama-era nuclear deal with Iran. which he said was poorly negotiated. allowing Iran to remain on the brink of acquiring a nuclear weapon.

Iran is one of the world’s largest oil producing countries. and Professor Kemp said there is a question over whether it will be able to sell the same amount of oil as it does presently.

He said: “American companies won’t be allowed to buy any oil from Iran but it’s also possible that the US will try to inhibit Iran’s exports further by saying companies that are operating in Iran could be penalised.

“On the positive side it’s possible that the American government will try to get a Plan B enacted so that it is not enormous sanctions that are imposed.“

Prof Kemp added that oil could breach $80 a barrel should the US take a “very tough line“ on Iran. as well as other factors such as a continued decline in production from Venezuela.

He also said that European leaders would be looking to keep the current agreement with Iran. choosing not to penalise their companies for having operations there.

His comments were largely echoed by Paul de Leeuw. director of the Oil and Gas Institute at Robert Gordon University.

However. Mr de Leeuw believes the boost in oil price is a “short-term“ effect. with the US only accounting for a relatively small amount of Iran’s oil exports.

He said: “If we get these shocks you can see prices moving and going up.

“What you see is a volatile market which responds accordingly. news like this will impact it. Things can absolutely move but the question is will it be long term or short term?. which depends on how OPEC responds.“

However. he added that if other countries joined in the US’s position. there could be similar effects to major global sanctions seen around six years ago. including an EU embargo on Iranian natural gas.

He said: “It depends on how it’s going to play out and if others are going to join the sanctions. If the answer is no then this will probably not have a big impact.

“If other countries join them it will have an impact similar to the pre-2012 sanctions.“

Previous Fall in U.S. Crude Supplies for the First Time in 3 Weeks
Next Iran self-sufficient in Production of Oil Catalysts