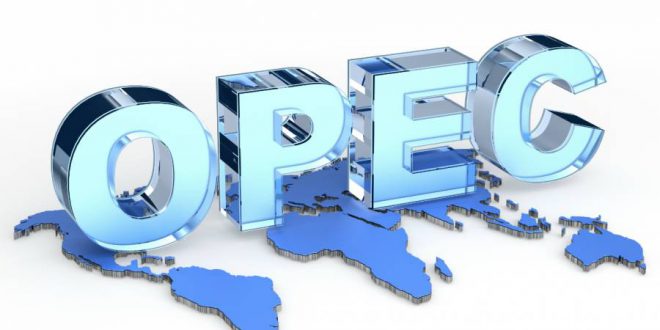 After months of sharp oil price rises there is now considerable uncertainty as to the market`s direction for the rest of the year. OPEC said on Tuesday as a key meeting of oil producers looms.

Question marks over global economic growth. and resulting oil demand. as well as over US producers` capacity to pump oil at an ever faster pace make forecasting difficult. the Organization of the Petroleum Exporting Countries said in its regular monthly oil market report.

Various sources show that `considerable uncertainty as to world oil demand and non-OPEC supply prevails`. OPEC said. leading to a wide range of estimates for the remainder of 2018.

While economic growth is projected to be strong in the US. Europe and Japan. there is a chance of a slowdown in China and India. OPEC said.

For now. global oil demand growth is expected at 1.61 millions of barrels per day (mb d) in the second half of the year. with total oil demand projected to breach the 100 mb d level.

But uncertainty `warrants close monitoring of the factors impacting both world oil demand and non-OPEC supply that will shape the outlook of the oil market going forward`. the report said.

Non-OPEC suppliers include the United States where producers have returned to the business in droves. encouraged by rising prices.

This will help push non-OPEC oil supply growth to 2 mb d in the second half of the year. OPEC said.

The oil price has risen steadily over the past year. with Brent crude establishing itself above $70 for the first time in years last month — some 30 percent higher than at the same time in 2017.

The oil price will be a critical factor when OPEC and its partners meet in Vienna next week to decide on a possible extension of a production cut deal — which crucially included giant producer Russia — that has been key to the oil price recovery.

OPEC kingpin Saudi Arabia in January publicly floated the idea to extend the cooperation agreement which was struck by 24 OPEC and non-OPEC producers in late 2016 to trim output to shore up prices.

The oil market is on high alert ahead of the June 22 meeting. sector analysts reported. saying there were signs that Saudi Arabia and Russia would push for higher production ceilings at the meeting.

US President Donald Trump has personally called on Saudi Arabia to increase output to curb rising prices and help boost the economy.

OPEC`s own oil production rose slightly in May. the monthly report showed.

Production fell in Nigeria. Libya and Venezuela. but increased in Saudi Arabia. Algeria and Iraq.

Iran`s share of OPEC production increased slightly last month. possibly a sign that the country`s crude exports have not yet been affected by the US decision to ditch a landmark international nuclear accord with Tehran and re-impose damaging sanctions.

Previous Iran to Issue Bonds for Investment in Oil Sector
Next Oil Stable amid Cautious Optimism over Trump. Kim Summit in Singapore