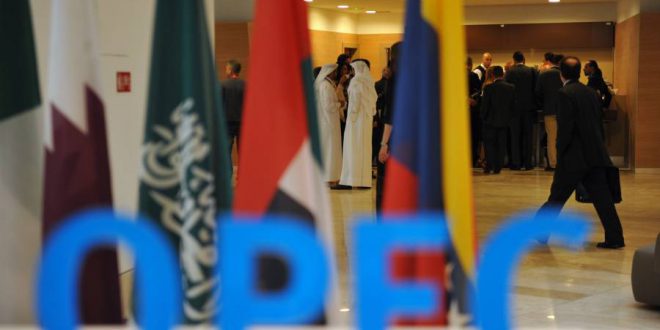 Outcomes of the OPEC Meeting 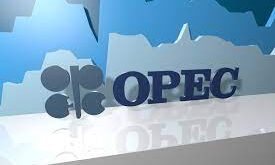 The OPEC meeting is a week away and based on the signals from the group’s top producers. the market is assuming that the group will increase oil production. However. the exact amount is still unknown. and the fallout from the lack of consensus could play out in several ways.

It has been a few years since the degree of uncertainty heading into an OPEC meeting was this high. and even longer since the discord from within the group was so pronounced. The infighting could lead to some unexpected outcomes. Here are several possible scenarios to consider as the meeting approach.

Scenario 1: OPEC+ agrees to moderate production increases. somewhere on the order of 500.000 to 800.000 bpd. The middle-of-the-road scenario seems to be what the market is pricing in. Russia has reportedly pushed for more aggressive production increases. Early reporting from a few weeks ago indicated that Russia was leaning towards hiking the group’s output by about 1 million barrels per day (mb d). Bloomberg reported more recently that Russia may propose an increase of 1.8 mb d. essentially wiping out the entirety of what the OPEC non-OPEC coalition agreed to in late 2016. though to be sure. some countries – Angola. Mexico and Venezuela. for instance – would not be able to return to their old production levels.

Saudi Arabia has pressed for something more modest. The number floating around late last month that Riyadh preferred seemed to be around 300.000 bpd. Since then. Venezuela’s outlook has darkened. so there could be a willingness to go higher.

If Saudi Arabia and Russia split the difference and opted for an increase of somewhere between 500.000 and 800.000 bpd. they could immediately offset most of the declines from Venezuela over the past year. That increase would in no way flood the market though. particularly with surplus inventories already having been eliminated. The oil market has priced in an assumed increase in output. and this level of increase would probably match expectations. The result. then. would conceivably lead to no major change in oil prices.

Scenario 2: Saudi Arabia and Russia agree to more aggressive increases of 1 mb d or more. Oil prices crashed last month when it was first reported that the OPEC+ group was considering production increases. but many oil analysts agree that more output is needed given the outages from Venezuela and potentially from Iran. plus strong demand growth. That logic lends some weight to Russia’s insistence on larger production increases. and if Riyadh and Moscow opt against modest increases (Scenario #1). they will more likely err on the side of higher output rather than something more minimal.

That means the possibility of an increase of 1 mb d or more. The details still need to be worked out but Saudi Arabia is reportedly considering a two-step phase in. which would help smooth out the impact on the oil market. In practice. that could mean an increase of 500.000 bpd immediately. plus another 500.000 bpd in the fourth quarter. Such a plan might require calling an extraordinary meeting in September. Bloomberg reports.

This scenario would likely have a bearish impact on the market. especially if the two producers agree to something larger than 1 mb d. To be sure. however. there are pitfalls to this strategy. Adding more than 1 mb d to the oil market could keep prices subdued for a while. but it would run down spare capacity to historically low levels. As the new supply is soaked up over the next year or so. low spare capacity would add a lot of upside risk to the market. However. from Saudi Arabia and Russia’s point of view. that is a problem for another day.

Scenario 3: Saudi Arabia and Russia can’t agree. unilaterally increase only modestly. Much of OPEC is dead set against any production increase. largely because a lot of countries have no ability to ratchet up output on short notice. Venezuelan output has been in a death spiral for the last six months or so. Iran. under U.S. sanctions. could struggle to keep exports from falling. Angola and Mexico have fields in decline. Aside from Russia and Saudi Arabia. perhaps only Kuwait. the UAE and Iraq have the ability to add anything of significance. and Iraq has voiced opposition to higher output.

These are the ingredients for a problematic and contentious meeting. to say the least. OPEC operates on consensus. and the production limits have always depended on voluntary compliance. If they fail to agree. as seems entirely plausible. the end result could be some informal understanding by the group’s largest producers. including Saudi Arabia and some of the Gulf States. along with non-OPEC member Russia. to increase output. Riyadh does not need the permission of the rest of the group to increase production. but the Saudis have placed a premium on OPEC’s cohesion.

Without a formal agreement. Saudi Arabia may hold back a bit. if only to not anger the rest of OPEC too much. And because the Saudis represent the largest slice of capacity that can be turned on or off. a more restrained approach would translate into more modest production gains overall.

There is a high degree of uncertainty over how this plays out. but if collective output only rises by 500.000 bpd or less. for example. it would represent a very bullish outcome. Because oil markets are already baking in higher volumes. prices could rise if the result is only a modest increase. To be sure. based on more recent signals from Riyadh. demonstrating a willingness to go higher. this scenario seems the least likely.

French Ambassador to Libya, Mostafa Mihraje, has called for establishing a joint committee between the …